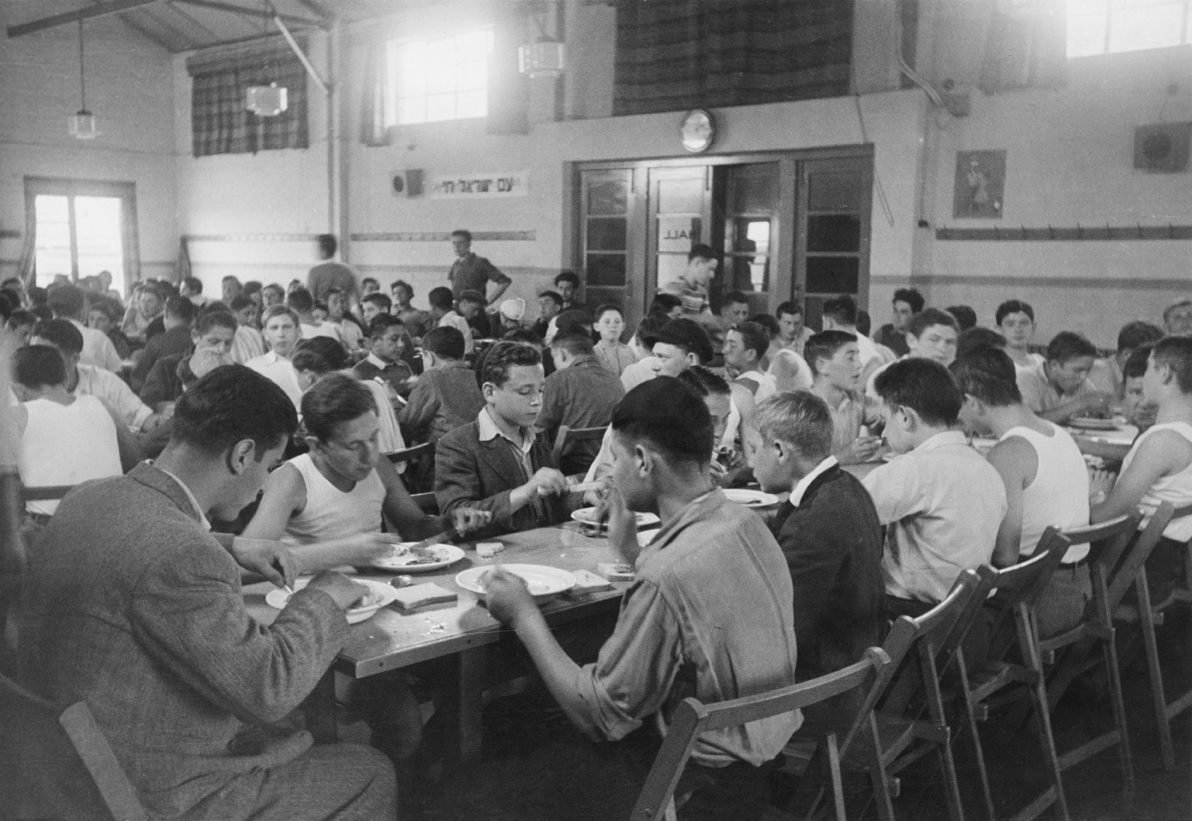 Photograph of the Jewish child Holocaust Survivors eating in the main hall of Calgarth Estate after their arrival in the Lake District in 1945. Photo. Kurt Hutton, Courtesy of Getty Images.

In 1945 the people of Lakeland welcomed three hundred child Holocaust Survivors into their community.  The children were to spend a period of recuperation in the Lakes before setting out on new lives.  Arriving in the Lake District was described by the children as like being in “Paradise”.  It must have seemed so following years of unimaginable horror in the concentration camps and ghettos of Nazi Occupied Europe.

A touring exhibition of photographs and multi-media installations, “Auschwitz to Ambleside”, with an accompanying interactive tour by Holocaust survivors, visited Extended Services school clusters and communities in the Lakes area and South Lakeland during 2008 to 2009.

Following a BBC One television programme in 2010 titled “The Orphans Who Survived The Concentration Camps”, a small permanent exhibition was located in Windermere Library.

Such was the success of this relatively small exhibition that the space was enlarged and improved in 2013 to accommodate a larger display and a separate exhibition space for temporary exhibitions.

Visitors from around the world now visit the exhibition and include travellers from US, Canada, Germany, Holland, Spain, Israel, India, Taiwan, Pakistan and China. At the last count the exhibition had received visitors from throughout the UK and over thirty countries of the world.

It is a story without end, something that we are keenly aware of when we receive and welcome visitors, especially those who are children and grandchildren of Holocaust Survivors.

The Jewish children who came to the Lake District had been liberated in May 1945. They had been discovered in the notorious Theresienstadt ghetto camp near Prague but many had been used as slave labour in many camps across Nazi Occupied Europe for a number of years. The list of names of the camps they had experienced is an A-Z of horror.

Auschwitz, Buchenwald, Majdanek, Warsaw ghetto, Lodz ghetto…..they each had a different story to tell of a different journey. Their discovery in Theresienstadt does not begin to cover their story.

Following liberation, June 1945 the Home Office finally gave permission for a thousand Jewish orphans aged from eight to sixteen to be brought to the UK for recuperation, and ultimate re-emigration overseas. The Home Office were made aware that it was unlikely that any documents would be available giving proof of age, and the children rescued from concentration camps would most probably have no identification papers of any kind.

With this fact established, three hundred children were moved from Theresienstadt to Prague and, on 13 August 1945, ten Stirling aircraft of 196 Squadron set off for Prague from the UK to collect the children and other passengers, in order to transport them to the Lake District.

According to immigration officials the first of the Stirling aircraft to arrive at Crosby on Eden from Prague touched down at 5.00pm on 14 August 1945.

From that moment onwards, other aircraft arrived at regular intervals until the final one touched down at 8.45pm. The aircraft carrying baggage was to arrive the following day.

The original plan of placing approximately sixteen children per aircraft and using a total of twenty-two planes for the entire transfer, rather than the final number of eleven, was due to hastening of the transport as bad weather began to close in on Prague after the 14 August.

Each group of children on each aeroplane was accompanied from Prague by between two and six adults per aircraft. 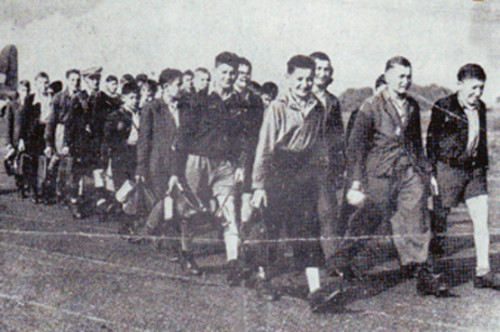 Jewish children arriving at Crosby on Eden airfield near Carlisle

A series of buses was used to transport the children to Windermere, though towards the end army trucks had to be co-opted and the final passengers departed from the airfield at 10.30pm.

Eleven of the total of thirty-five adults who specifically accompanied the children were Polish and German, and had been brought to look after the children at the hostels. Twenty-two more adults on the flights were German, Czech and Polish people, who had come to join relatives in the UK. Interestingly, twelve of these people were over the age of fifty-five.

A stowaway boy had been discovered on the 5.50pm arrival from Prague and he was immediately segregated for medical examination.

The immigration officer’s report concludes, “the behaviour of the children was exceptionally good, all instructions being immediately obeyed”.

The first UK home for the children who had flown from Prague was on the now ‘lost’ village of Calgarth Estate that stood at Troutbeck Bridge, about one mile from Windermere. 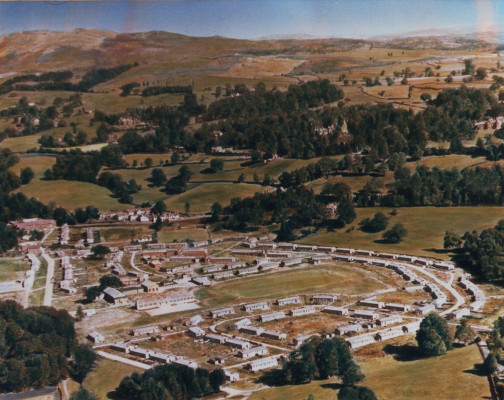 Calgarth Estate was a wartime housing scheme built for aircraft factory workers employed at nearby White Cross Bay. The estate had its own shops, canteen, entertainment hall and many other facilities.

The children were placed in what were the single workers accommodation hostels. They were each given their own small room, a bed and clean linen. For many it was their first encounter with privacy and cleanliness in five years.

The children were cared for by a supportive network, and were offered opportunities for sport, education, outdoor recreation and healthcare. Over a period of six months they were gradually moved to other homes in places throughout the UK, and they had left Calgarth Estate by early 1946.

The following photographs were discovered in an archive in 2009. They are photographs of the Jewish children taken at Calgarth Estate during their stay.

The photographer was Kurt Hutton, born Kurt Hübschmann (1893-1960), a German born photographer who came to Britain in 1934. He worked for Weekly Illustrated and became a staff photographer for the legendary weekly magazine Picture Post. He was one of the photographers who pioneered photo journalism in Britain.

These are some of the photographs that were taken by Kurt Hutton for Picture Post but were never published. Many of the youngsters who appear in these photos have subsequently been identified as being the Windermere Children. 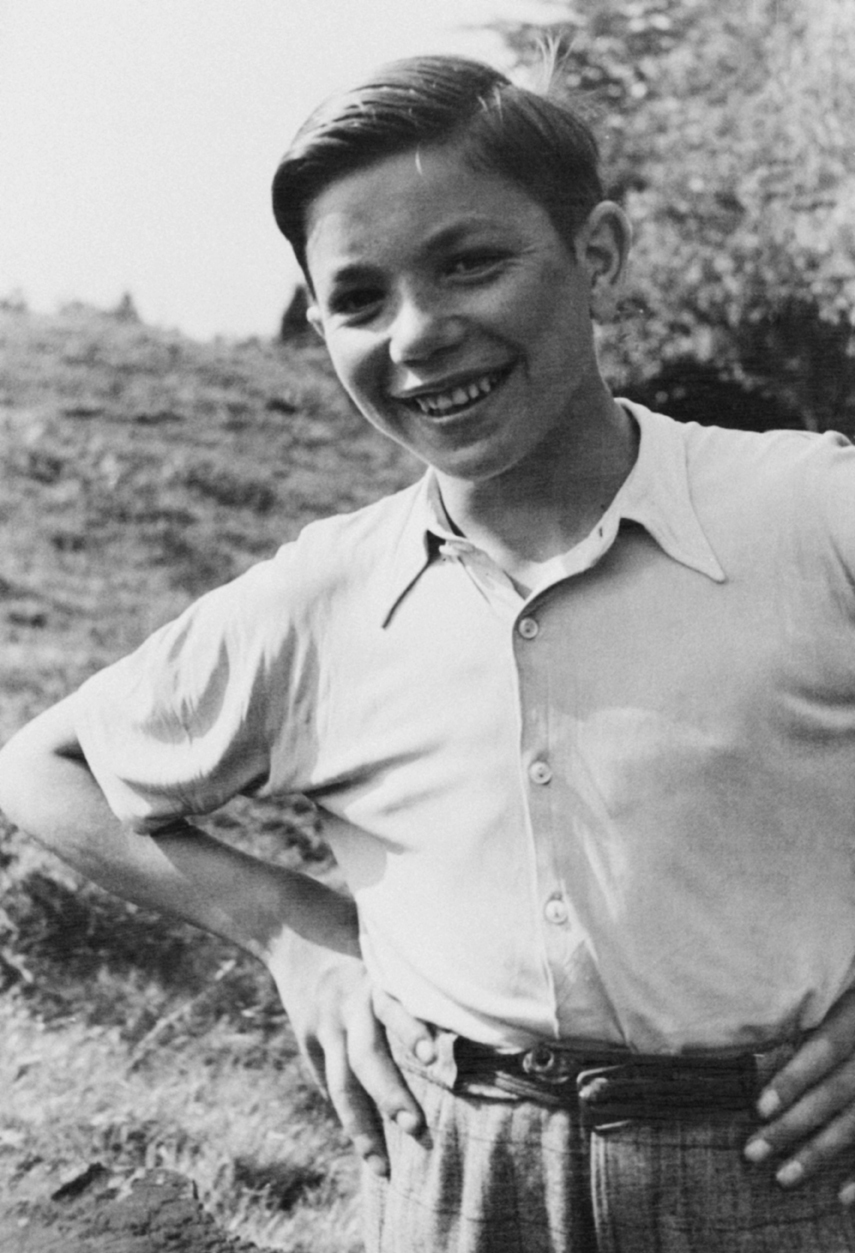 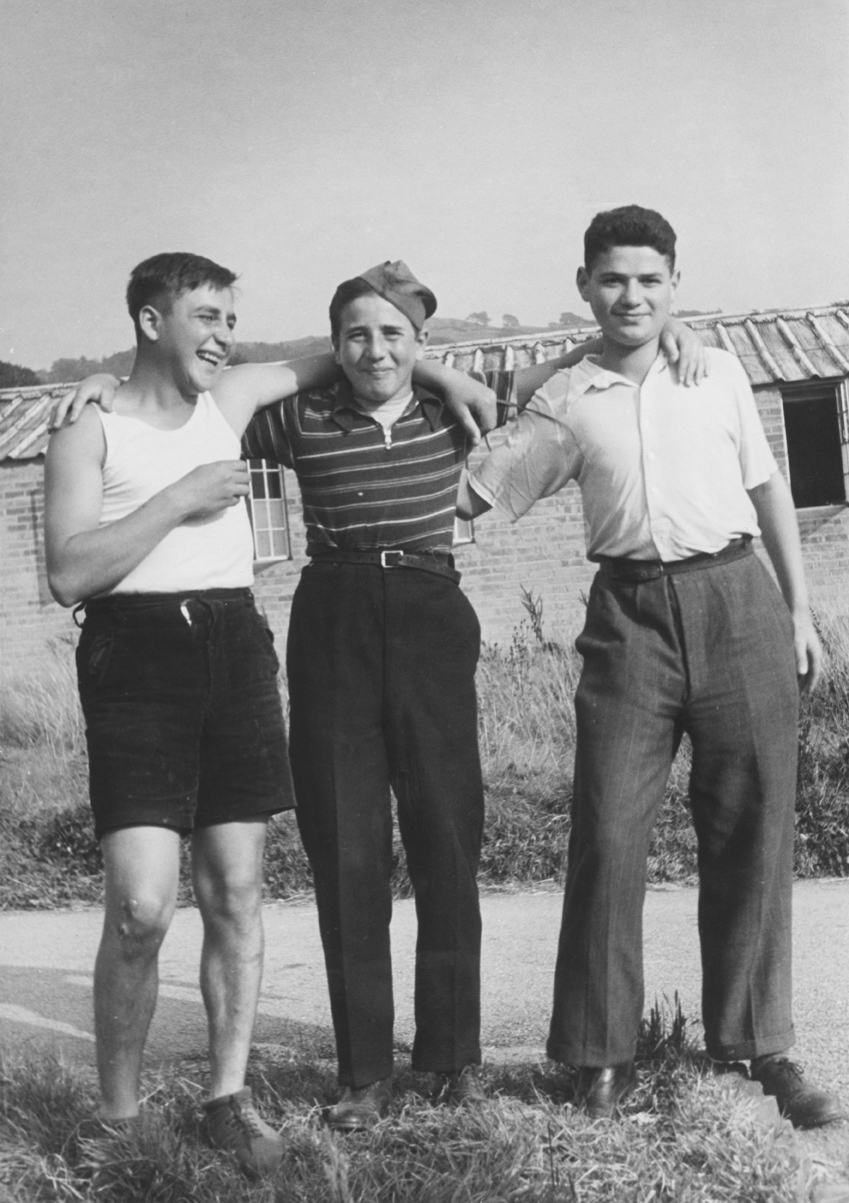 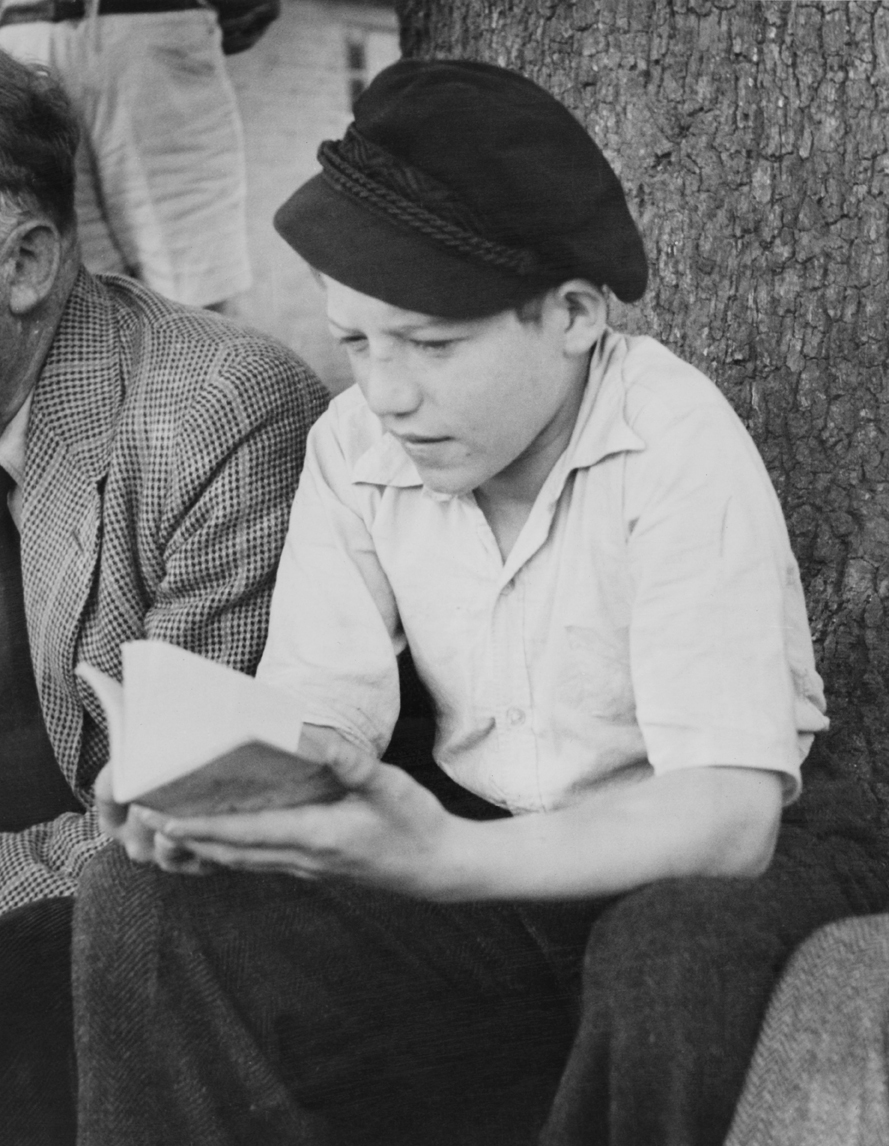 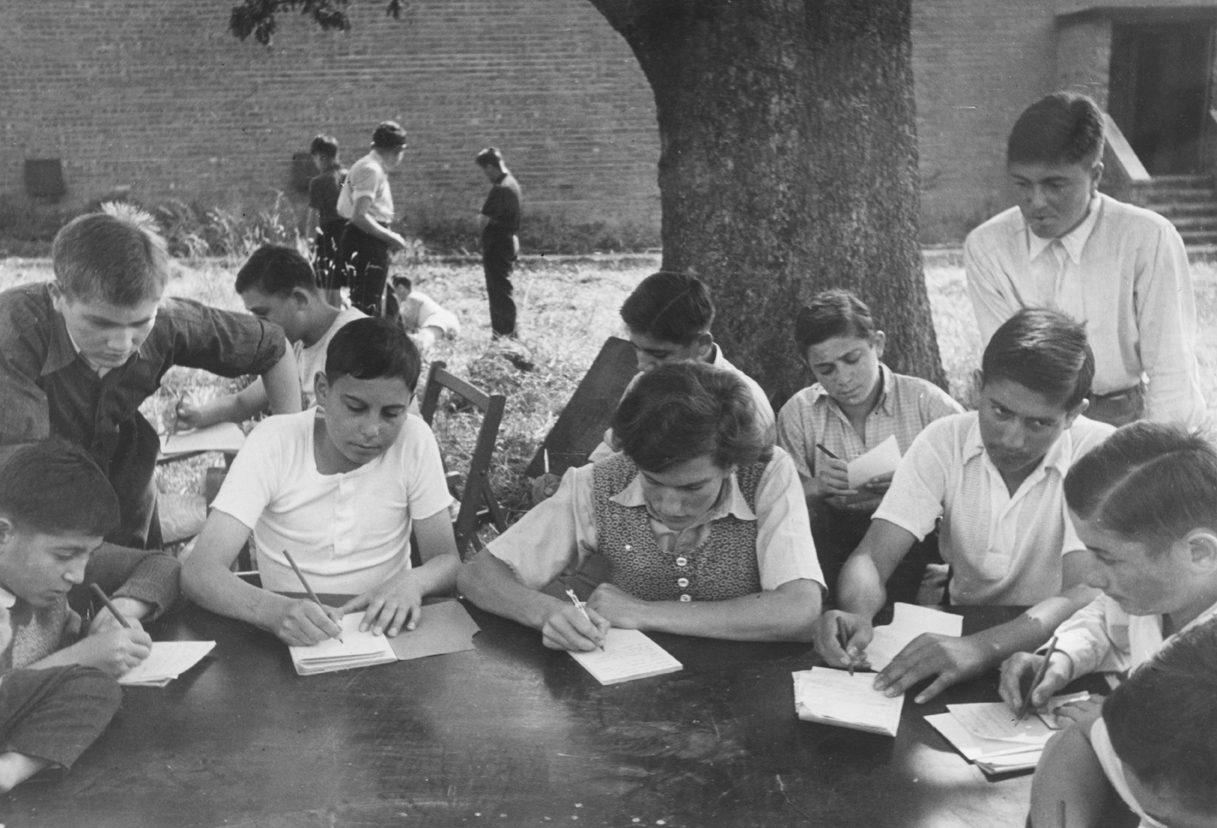 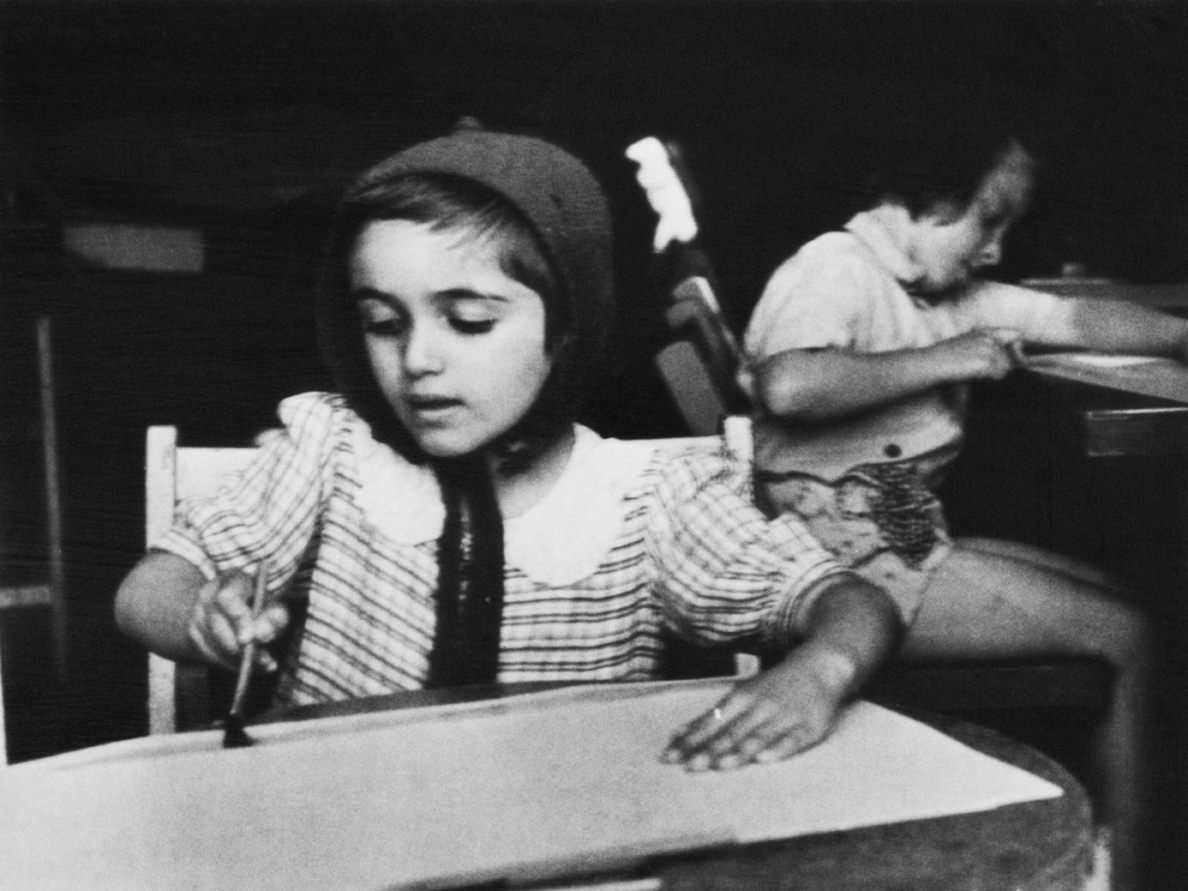 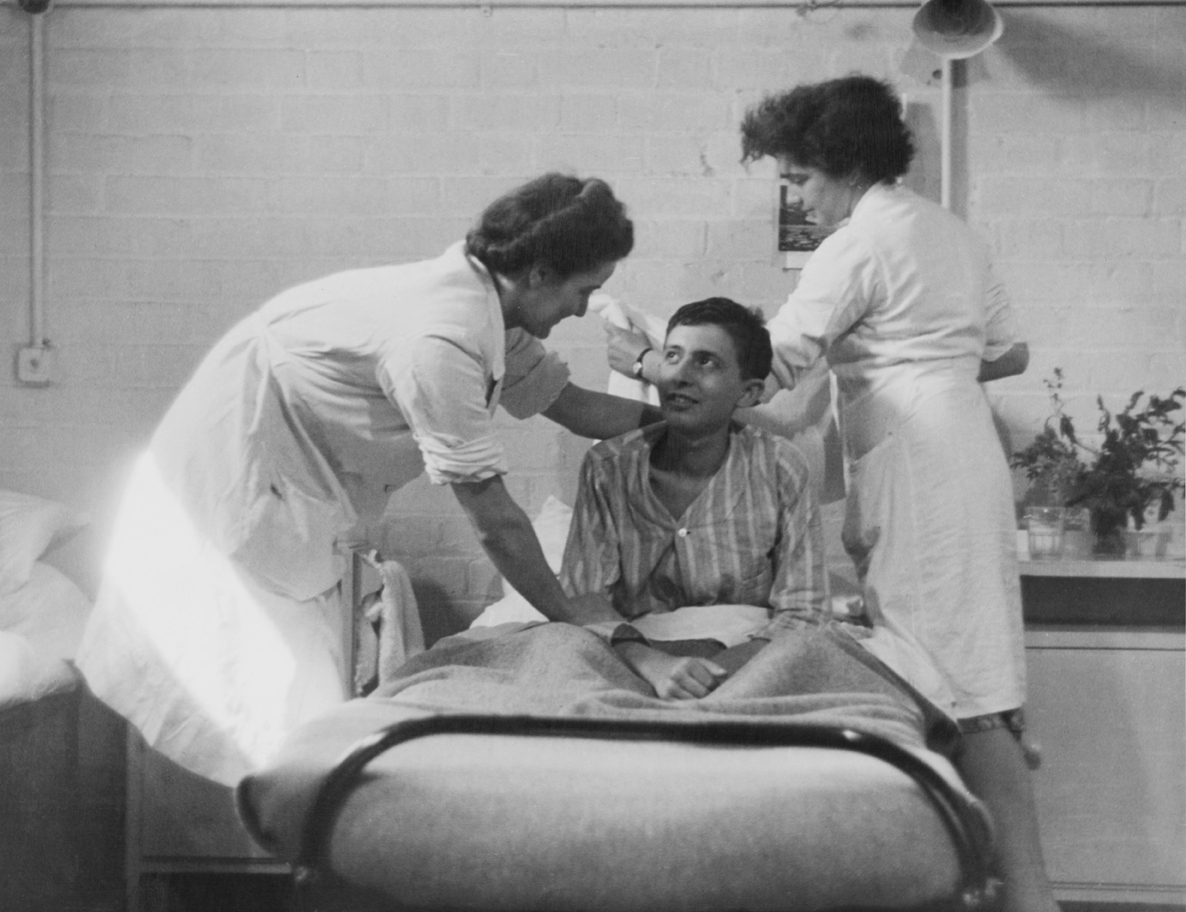 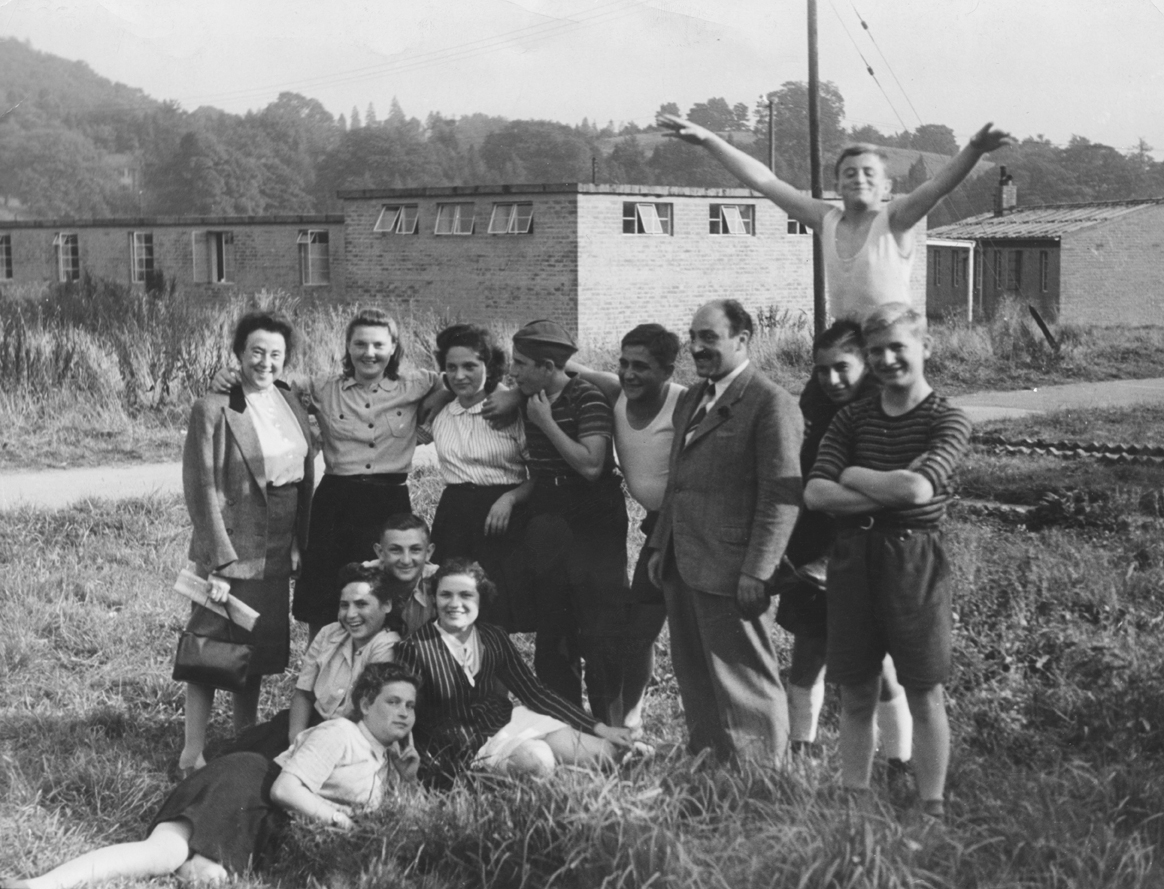