Guardian/Observer – From Nazi Camps to the Lake District: the story of the Windermere children

The Telegraph – The Windermere Children Review – A sad, beautiful refugee story with an ending that took the breath away

The Times – The Windermere Children – From Death camps to the Lakes: A story of hope

Daily Express – Is the Windermere Children based on a true story?

BBC4 – Digging for Britain WW2 – From Troutbeck Bridge to Treblinka 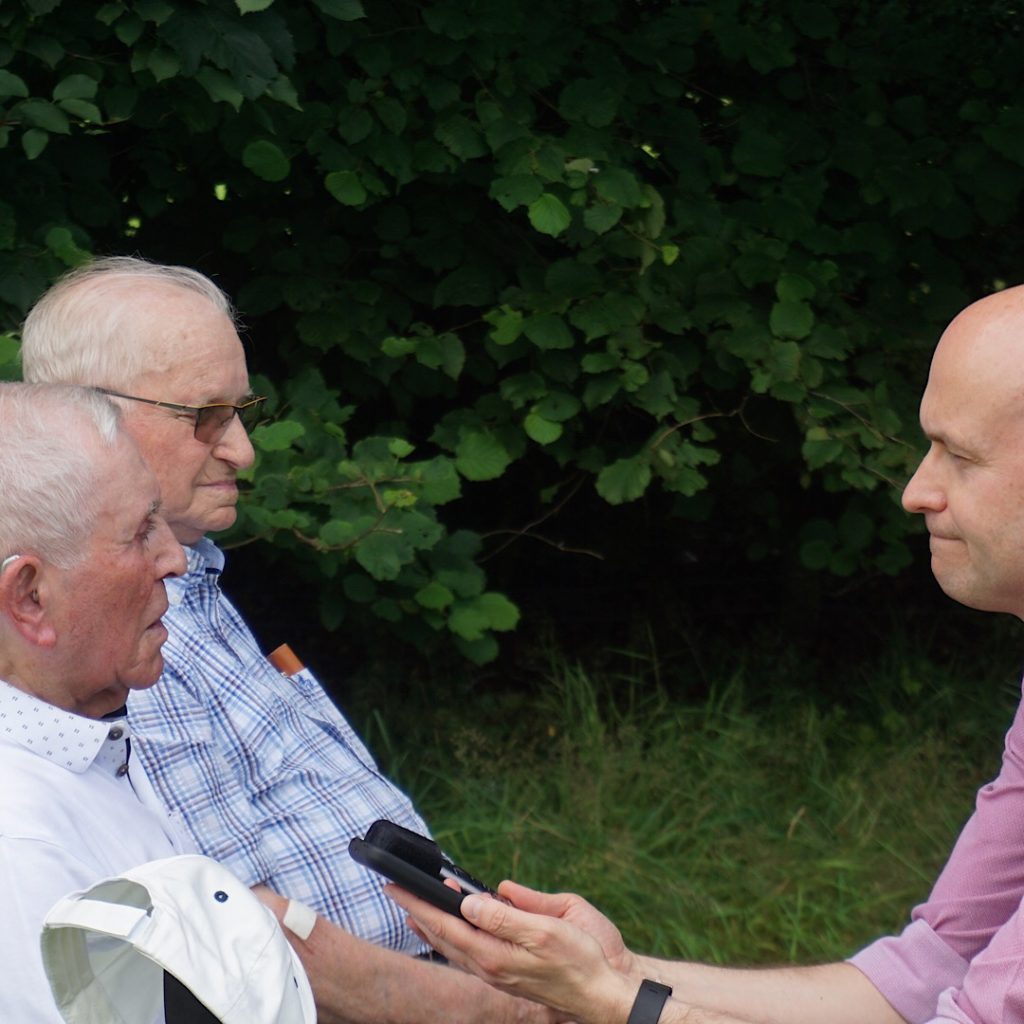 Neil Smith with Ike and Sam 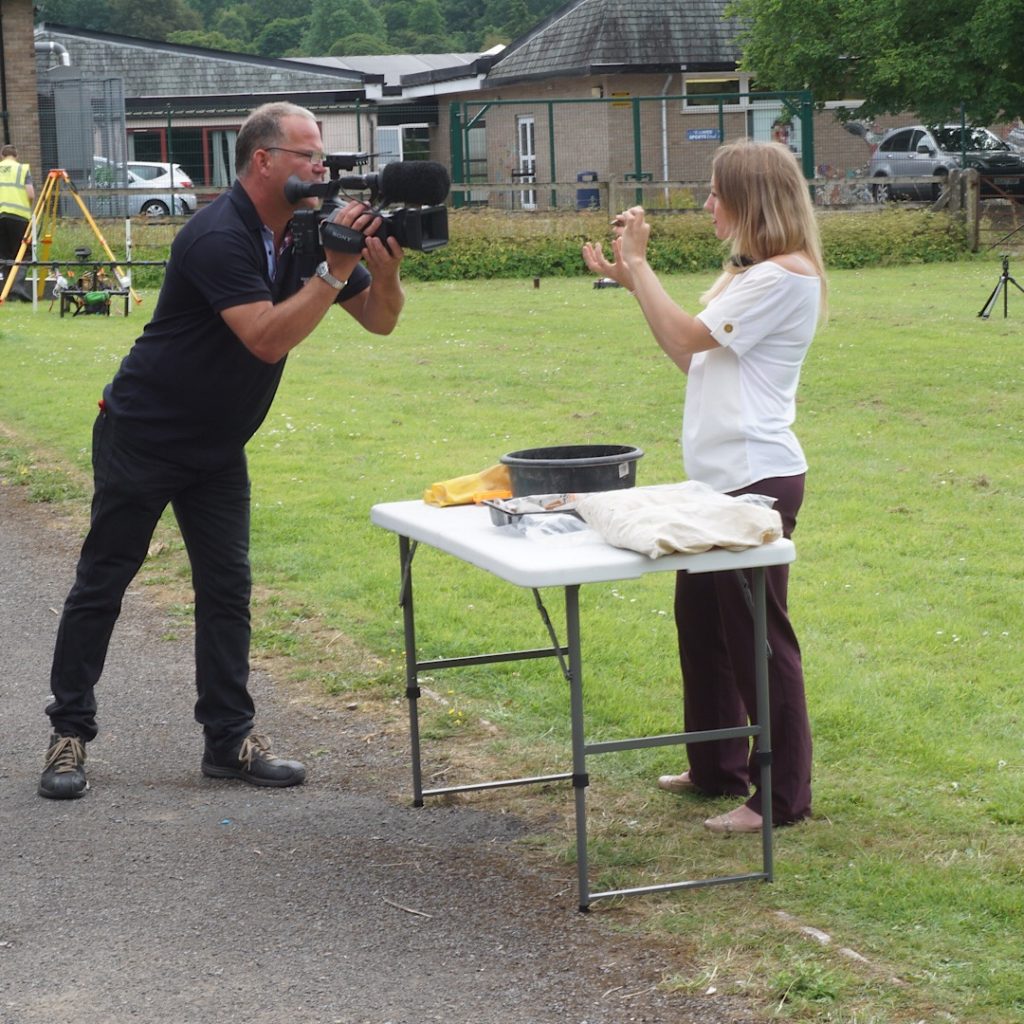 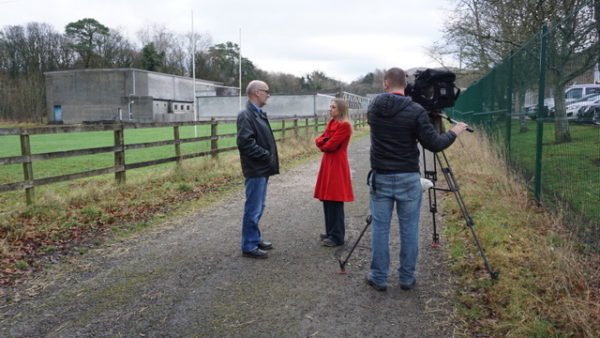 “This was a really lovely programme, a much needed reminder that amidst all the evidence as to just how awful we can be as a species, humans can also be capable of empathy and kindness”. Sarfraz Manzoor, Pick of the Week, BBC Radio 4. 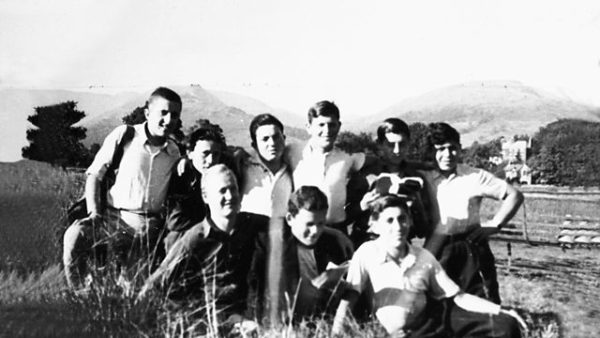 The story of the Windermere Jewish child Holocaust Survivors was sensitively and sympathetically presented by Helen Mark for Open Country and BBC Radio 4.  The programme included conversations with Trevor Avery, Director of the Lake District Holocaust Project, and  with Sam Laskier and Ike Alterman who talked about their arrival in the Lake District in August 1945.

“The experience in Windermere was tremendous, everyone looked after us wonderfully well”. Sam Laskier, Open Country, BBC Radio 4 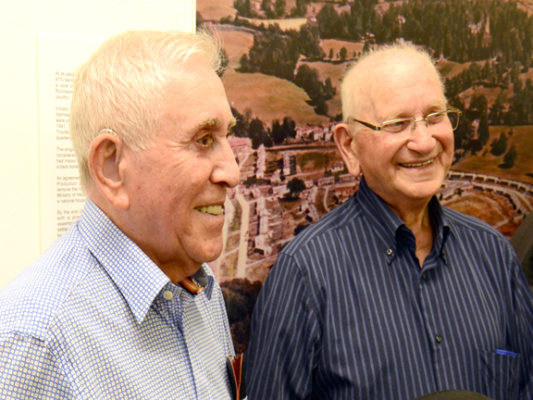 Kevin Coulter, from Dalton near Barrow-in Furness became ill with osteomyelitis, a serious bone infection, and was treated in the Ethel Hedley Children’s Hospital near Windermere. He befriended Mendel Preter, one of the Jewish children brought to Windermere, who was a patient in the adjoining bed. Helen Mark spoke to Kevin at the site of the former hospital and he  described how he first met Mendel and some of their conversations both in 1945 and much later when Mendel contacted him by phone from America.

“He told me things which he never told anyone about his family being taken….even now I can’t grasp it”.  Kevin Coulter, Open Country, BBC Radio 4 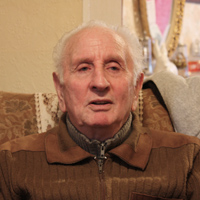 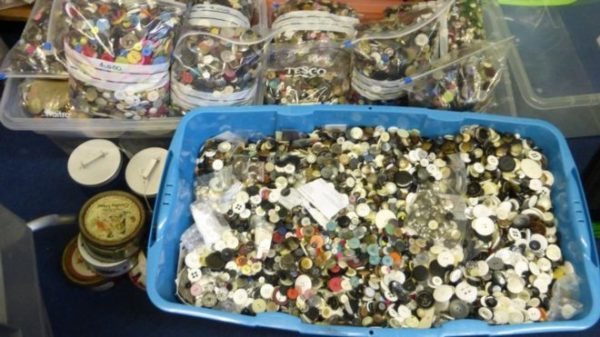 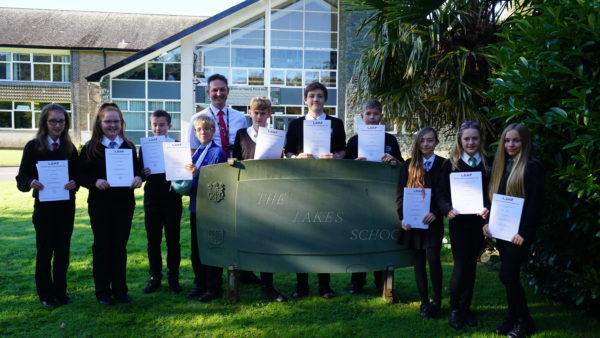 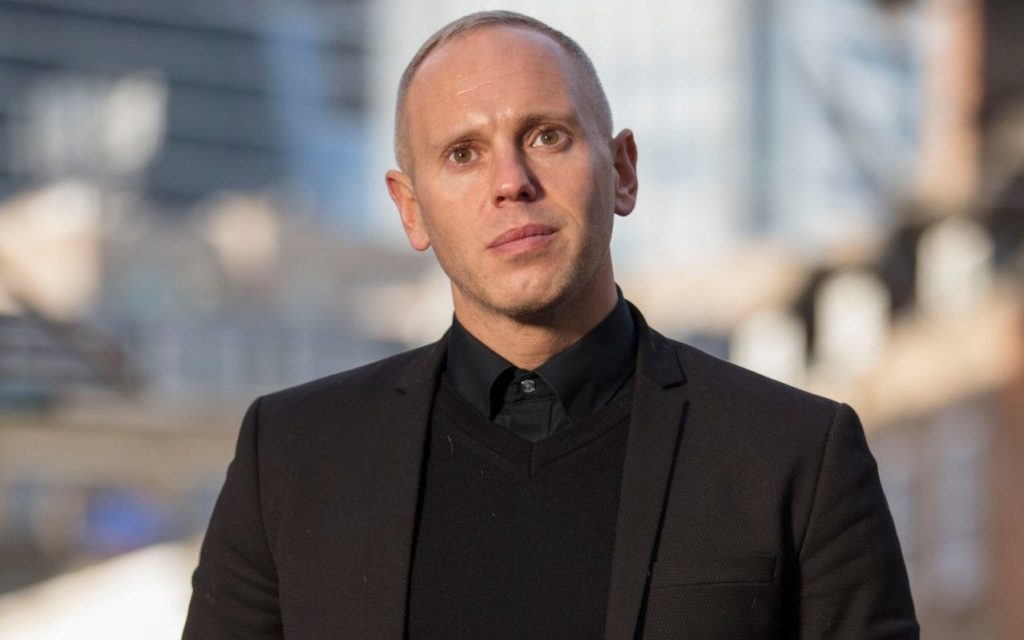 “We flew to the Lake District where my grandfather convalesced in Windermere with a bunch of other Jewish children. It is the most amazing story about what British communities can do for foreign refugees and the gift they gave”.   Rob Rinder, WDYTYA, BBC 1 – 13 August 2018

Rob Rinder is the grandson of Morris Malenicky and in this episode he traced the contrasting experiences of two of his grandparents who came to the UK in search of a new life.  Morris (Moishe) was one of the Jewish child Holocaust Survivors who arrived in the Lake District in August 1945. He had been subjected to living and working in horrendous conditions in a forced labour camp at Schlieben in Germany, and later at Buchenwald.  He died in London aged 78.

“As I approach Windermere, I imagine what my grandfather Morris would have felt having coming from the dankness and greyness of Schlieben, into this – big sky, and green verdant English loveliness.”  Rob Rinder, WDYTYA, BBC 1 – 13 August 2018

Rob met with Trevor Avery, in the Lake District and together they explored documents which gave some of the background to his time in Windermere and his journey to London.  He was extremely moved to read a letter from Morris to Oscar Friedman, inviting Oscar – one of the main helpers in Windermere –  to his wedding in London. 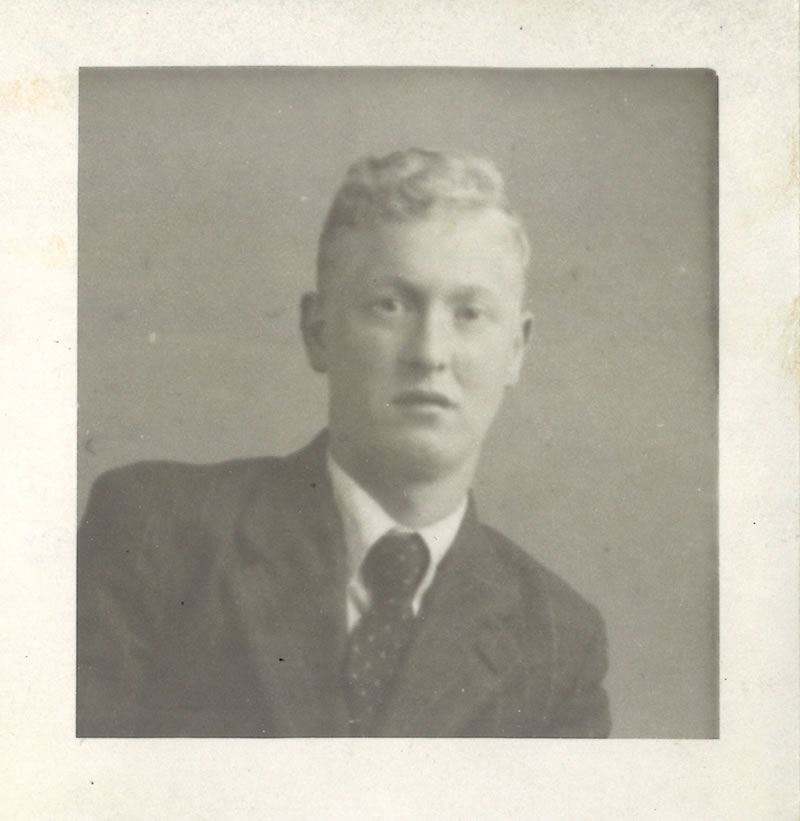 Morris as a young man 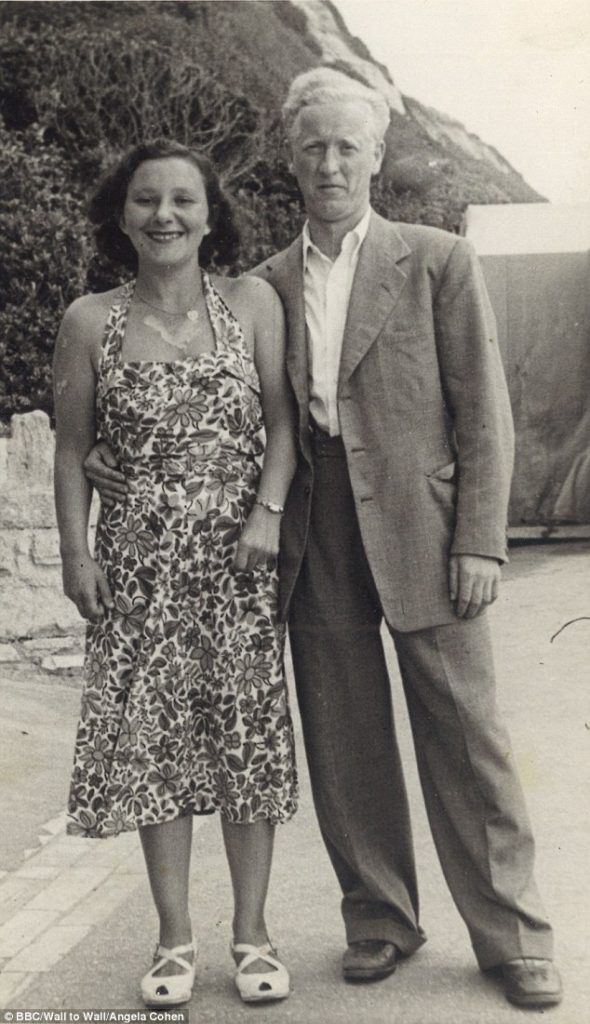 Morris with his wife, Lotte. 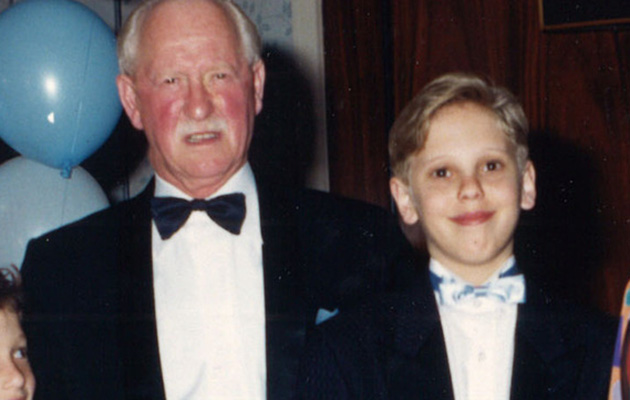 Rob as a young boy with his Grandfather

“No one who saw lawyer and TV “judge” Robert Rinder retrace the story of his Holocaust-survivor grandfather Maurice – who lost every member of his family to the gas chambers at Treblinka – could come away anything other than confirmed in the belief that anti-Semitism must be stamped out.” The Telegraph, 14 August 2018. 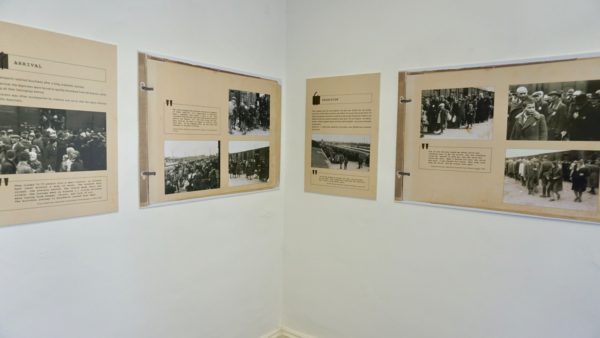 In the first in a series of four programmes about the Lake District, Paul Rose met with and talked to both Trevor Avery and Arek Hersh, one of the Jewish child Holocaust Survivors who also arrived in the Lake District in August 1945. 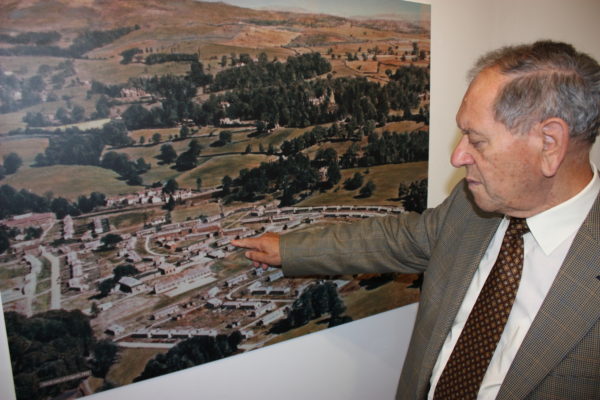 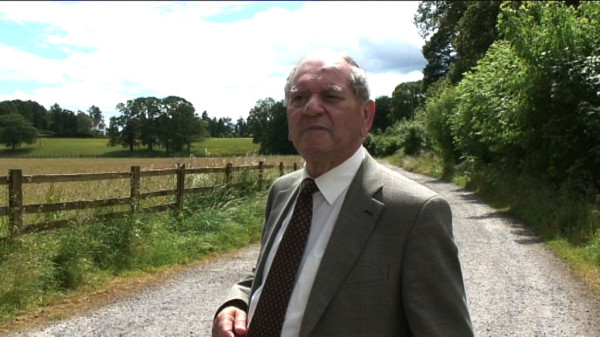 Arek described how wonderful it was to arrive in such a beautiful place and how the children felt “like we had arrived again”.

“We were young, we were hoping to grow up and have a future and see life as life actually is”.  Arek Hersh, The Lakes, 2018.

Trevor said that even the simple act of an old man raising his cap to them, was unbelievable to the children who had spent many years under threat of death for not taking their own caps off.

“They were being treated with dignity for the first time in many years. It really was a journey from hell to paradise”.  Trevor Avery, The Lakes, 2018″.

Arek spoke with some of the children about his experiences at the Lakes School in Windermere.  This school was built on the former site of the Calgarth Estate and Arek, together with his wife Jean, have made an annual visit for many years to talk. 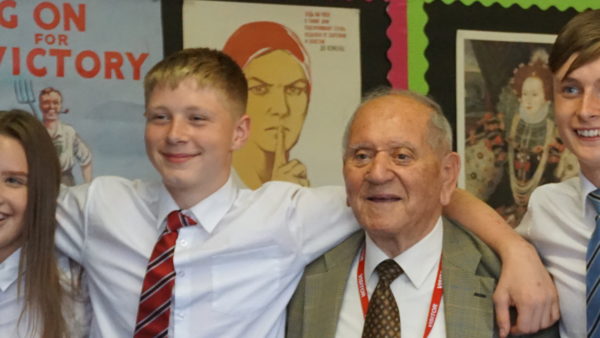 Arek with some of the children at The Lakes School

“Coming from the camps, life didn’t mean very much to certain people, and here I was liberated.  I love this place, always.”  Arek Hersh, The Lakes 2018. 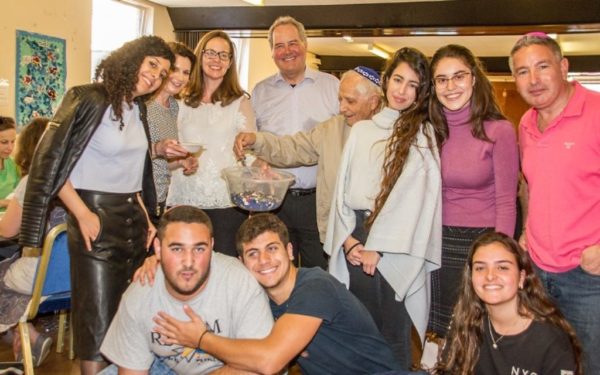 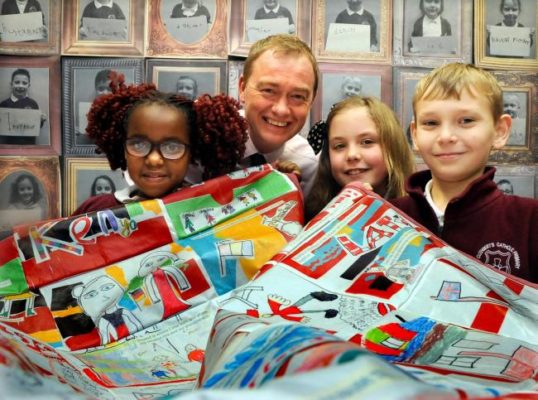 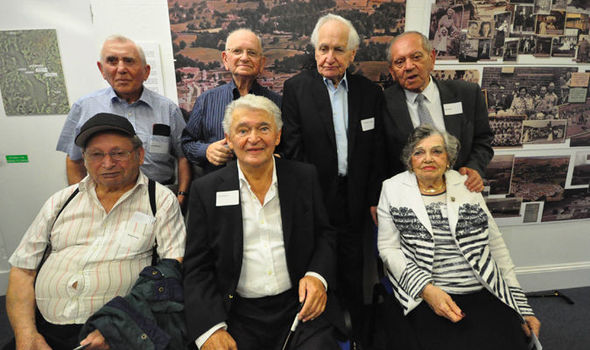 The Holocaust Survivors return to the Cumbrian Village. Daily Express

“We came from Hell to Eden.  A place of beauty and quiet”. Sir Ben Helfgott, Daily Express. 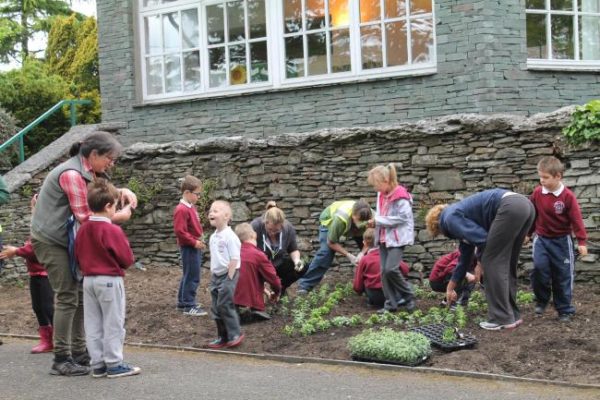 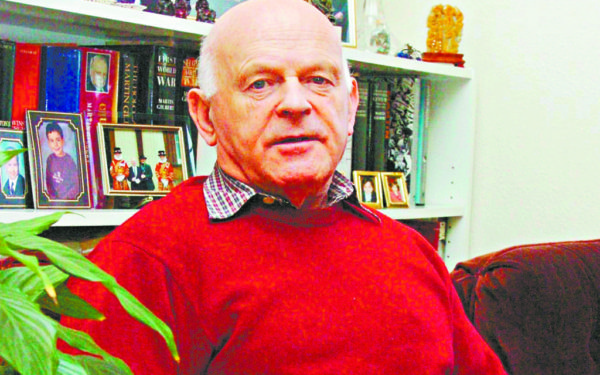 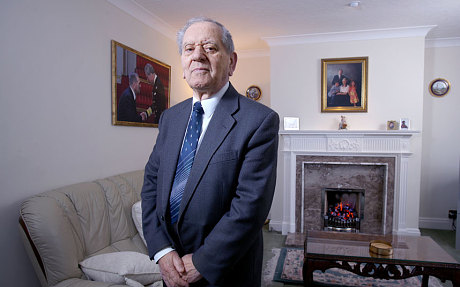 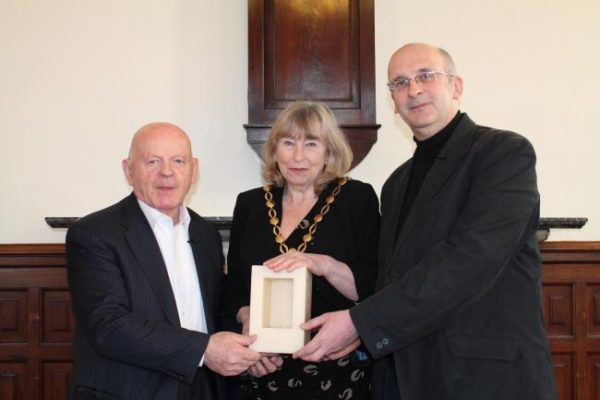 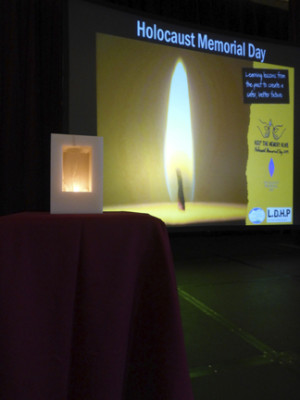 Westmorland Gazette – ‘Holocaust Survivor says he was ‘reborn’ in South Lakeland
“It’s the first place where I escaped the Holocaust. I remember the white tablecloths and the white beds; that’s one of my abiding memories. Everything was drab in the camps, everything was doom and gloom.” Joe Berger 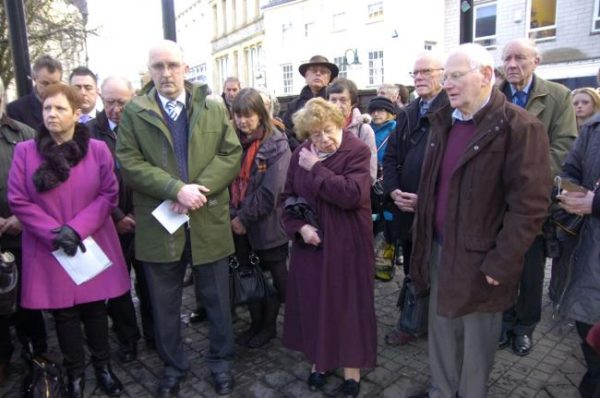 At the Birdcage in Kendal. Westmorland Gazette 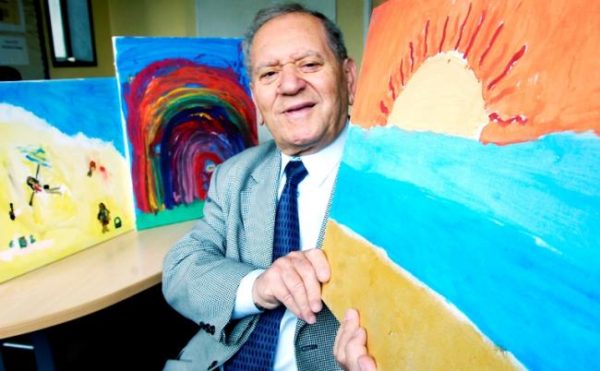 Arek Hersh with one of the paintings. Westmorland Gazette 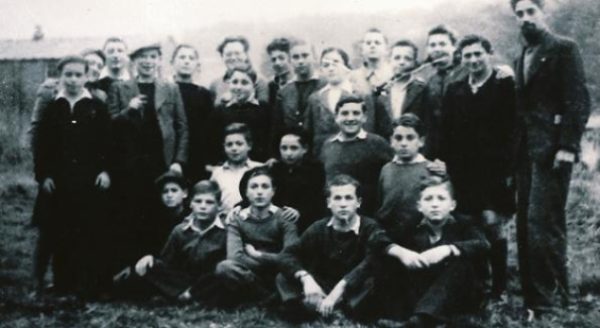 April 2010
BBC 1 -‘The Orphans Who Survived the Concentration Camps’ 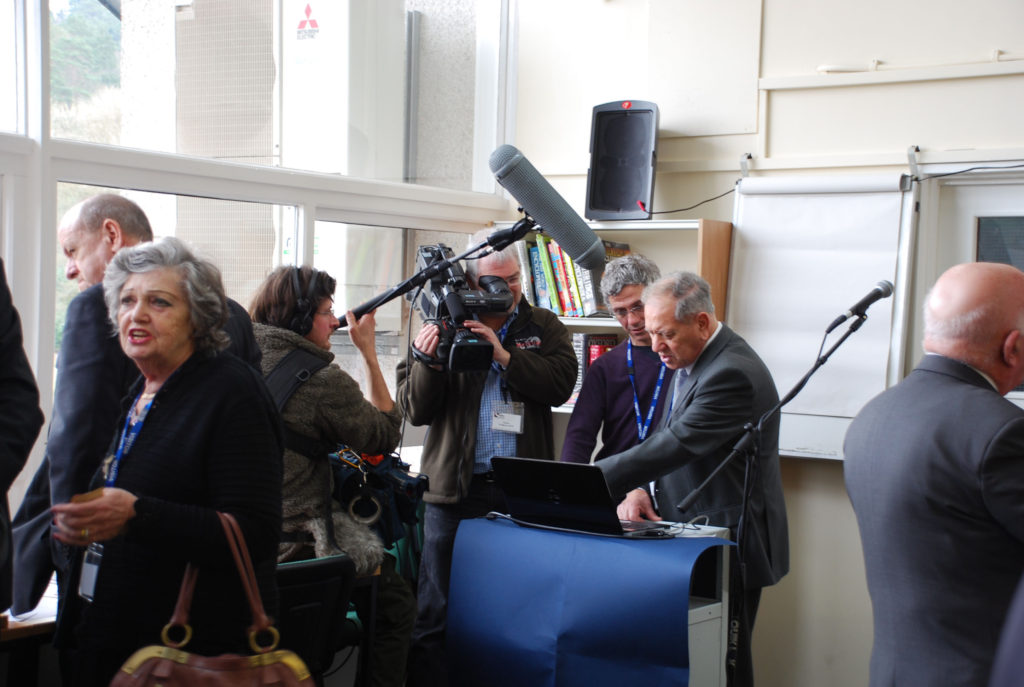 “There is this gentleman in the front garden and he greets me, ‘Good morning, what a beautiful day.’ And it was a beautiful day – it was wonderful.”  Minia Jay, BBC 1

“It was the first time I had slept on a bed instead of a bunk for more than three years, and even longer since I had seen clean sheets. I can’t remember ever having a better night’s sleep than I enjoyed that first night in Windermere. It was only a hut I was sleeping in, but to me it was a palace.”  Sir Ben Helfgott, BBC 1