The Windermere factory began production in 1941 and at its peak in 1942 employed 1,571 people, 47% being unskilled local workers. They were trained by a core of skilled workers brought from the main factory in Rochester and other aircraft factories around the country. 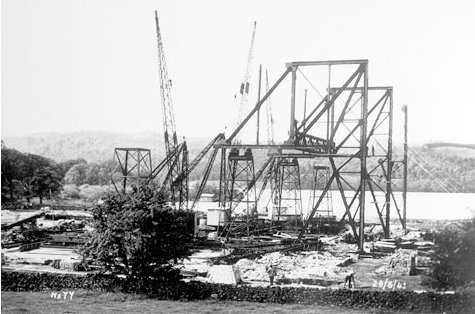 The factory consisted of the detail shop, which was located in the largest of the two workshops close to the main road, and the huge hangar at the lakeside where the fuselages were built in steel frame jigs. The hangar was thought to be the largest single span construction in the country and was large enough to construct three Sunderland Flying Boats at a time. There was also an office block and a canteen where lunchtime ENSA concerts regularly took place.

In 1944 the factory was changed from building new aircraft to a Civilian Repair Organisation as a specialist site for repairing and upgrading damaged Sunderlands. Thirty five aircraft were built at Windermere and it is thought that a further twenty five were refurbished

At the end of the war there was strong local pressure to retain the factory and it was agreed that the buildings should be used for storage. This ended in 1949, but due to the shortage of labour the buildings were not completely removed until 1951. A chemical works in Liverpool used the large hangar until recently and the detail shop is now a bus depot in Newcastle. K Shoes used one of the smaller administrative buildings at its Kendal factory.

In 1954 White Cross Bay Caravan Park was opened on the former factory site. The old garage building to the left of the entrance was converted into an assembly hall and the area by the slipway was made into a paddling pool. The warden’s cottage, which still stands to the right of the entrance, was converted from the Gatehouse, Home Guard and Armoury buildings. 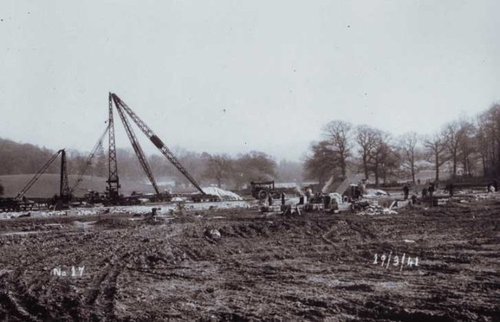 The factory under construction March 1941 – courtesy of Gordon Thom 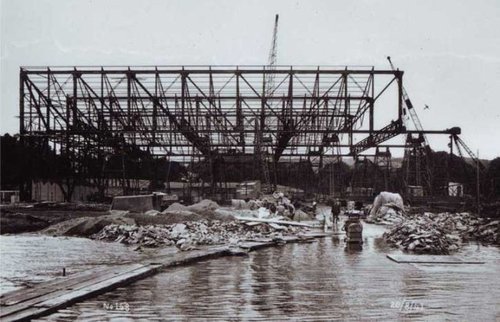 The hangar and slipway under construction, August 1941 – courtesy of Gordon Thom 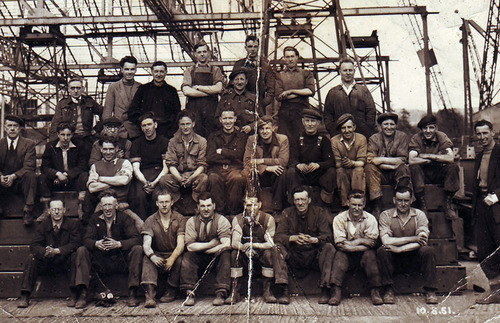 Men dismantling the factory buildings, May 1951 – courtesy of Valerie Hastie