In January 2007 a group of oral history interviewers began recording the memories of many people who had been employed by Short Brothers at White Cross Bay and others who had lived at Calgarth throughout its twenty year existence. 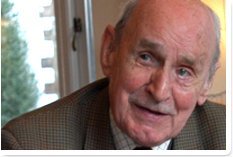 Born in 1920, Derek began flying Sunderland Flying Boats at the age of twenty.

On 15th March 1941, he suffered major injuries in a serious crash off Oban, and was amongst the first patients to receive plastic surgery under Dr. McIndoe.

In 1942 he travelled by train to Windermere to collect the first plane built at White Cross Bay, DP176, and fly it back to his base at Pembroke Dock.

Jeff was born in 1925 in Kendal and left K Shoes in 1942 to work at the Shorts factory in Windermere. He started work in the Detail Shop and moved shortly afterwards to the Hangar, to work as a dolly boy on the riveting. He left the factory in 1944 to join the forces.

Marjorie was born in Windermere and worked for a local dressmaker. She was about twenty years old when the Shorts factory opened in 1941, and she went to work in the blue print office. She was made redundant at the end of the war in 1945.

Born in 1917 in Kent, Les worked for Shorts Brothers in Rochester. He was in the factory when it was bombed in 1940 and when the factory was built at Windermere, applied to be relocated. He worked in the jig and tools department until the factory closed in 1945.

Les lived in a billet in Ambleside until he was allocated a house at 17 Park Hill Road on the Calgarth estate in 1942. He moved to the Droomer estate in Windermere in about 1958. 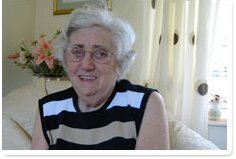 Vera was born in Windermere and went to the Shorts’ factory in 1942 from school at the age of fifteen. She began work in the store of the jig and tool department and in 1944 was moved to the administration block, where she worked next to Francis Short. She left when the factory closed in 1945.

Vera ran the Shorts’ entertainment group, which had a team of 5 or 6 dancers and took the group to the airfield at Cartmel to entertain the men.

George was born in 1914 and served his time at the rail works at Doncaster, where he worked on the Flying Scotsman.

In 1936 he moved to Rochester to work for Shorts Brothers. He started in the jig and tools department and worked on the Maia and Mercury and Singapore seaplanes. After a time he moved to outside staff, travelling to airbases around the country to modify and repair seaplanes.

In 1941, he came to work at the Windermere factory as a Leading Hand in the jig and tools department. When the bungalows at Calgarth were built, he moved into 84 Calgarth Road with his family. Eventually, George moved back to Kent.

Miss Marjorie Sanderson was born in Windermere and after training in Leeds, was employed in 1944 as the nursery teacher at Calgarth School. The school opened in 1942 and the nursery was added in 1943 to take children of three years of age.

Mr Colin Heighton taught at the school for a short time as soon as he had completed his teacher training and married Miss Sanderson in the early 1950’s. Mrs Heighton took a break from teaching when her daughter was born. She returned to teach when her daughter was old enough to attend the nursery and spent a total of seventeen years at Calgarth School.

Velma was born in South Shields in County Durham in 1934. In 1939, she was evacuated to Crook in the Lake District.

When her father was given work at the Shorts’ factory at White Cross Bay in 1941, she and her family moved to 80 Calgarth Road. She attended Calgarth School when it opened in 1942 and was taught for a short time by Mr Heighton. 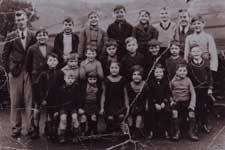 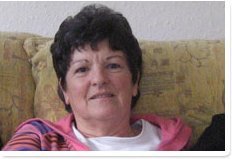 Eleanor Hicks was born in 1944 at 11 Park Hill Road, Calgarth. Her mum, dad and four brothers moved in around 1942 when her dad came to work at the factory at White Cross Bay.

When the factory closed in 1945, Mr Hicks worked as a gardener and eventually became the coalman, delivering coal to the estate with Mr Brooks.

As the houses were cleared for demolition around 1958/9, the family were moved to 88 Calgarth Road. They were one of the last families to leave the estate in 1960.

Photographs at May Day & School – courtesy of Eleanor Blezard 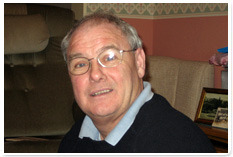 Ronnie was born at 1 Calgarth Road in 1949. His mum, sister Iris and brother John, had moved from London in 1941 when their house was bombed. His grandad, Mr. Hill, had worked for Short’s in Rochester and moved to Windermere to work at White Cross Bay, where his mum also worked. When Ronnie was aged five or six, the family moved to 116 Calgarth Road, where they stayed until 1961.

Photographs of Ronnie and his family – courtesy of Ronnie Jones

Marjorie Metcalfe was born in Staveley in 1925 and worked at Kentmere Ltd until she was seventeen years old. In 1942 she went to work at the Short’s factory at White Cross Bay, where she met her husband, Don Lavender. She worked in Centre 3 making flanges on metal parts for the planes. In 1945, before the end of the war, she was sent to Manchester to work as a welder on Spitfire engines. 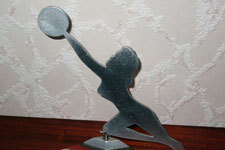