When Short Brothers’ moved a section of their skilled workforce to the new factory near Windermere, they were placed in local billets. In 1941 building work began on a piece of land at Troutbeck Bridge in order to provide 200 married quarters and separate hostels for the 300 single workers. 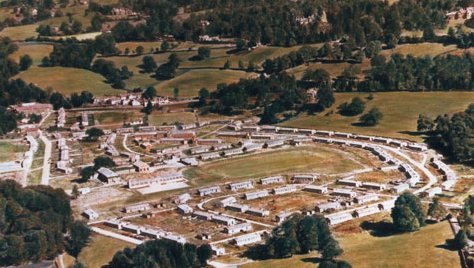 By the end of 1942 there was a complete community with a primary school, two shops, a canteen, assembly hall, club house, laundry, sick bay, policeman and a football team. The settlement was known as Calgarth.

The factory workers called the houses ‘Shorts’ Palaces’ but the locals named Calgarth ‘Chinatown’. It was a community made up of people from industrial towns across the country. 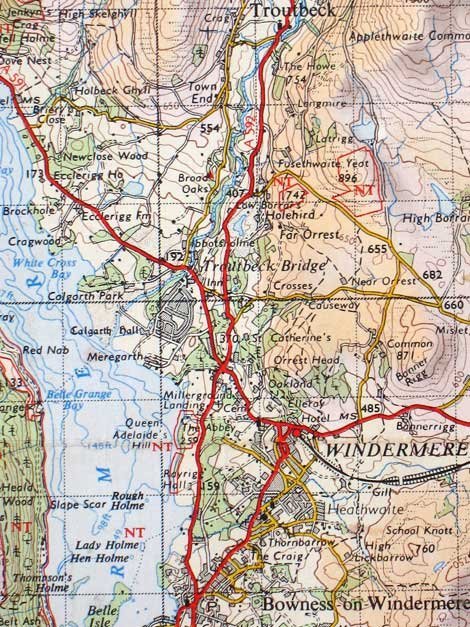 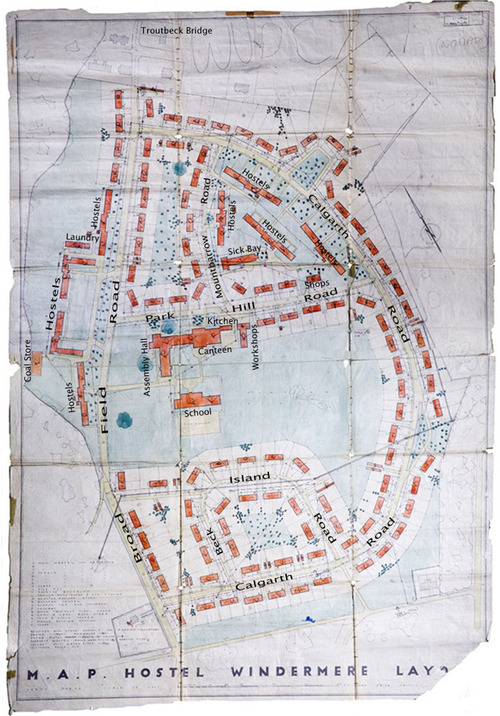 The architect’s plan of Calgarth 1941 – courtesy of the County Records Office, Kendal and Cruikshank and Seward, Manchester. Photograph by Tony Riley 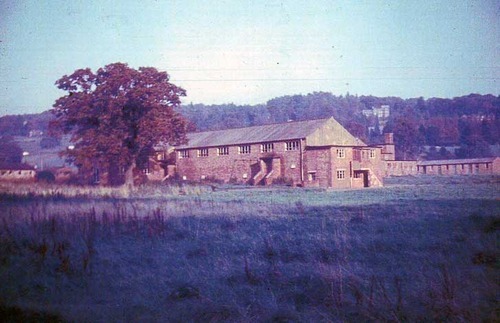 The back of the Hall 1961 – courtesy of Doug Riches 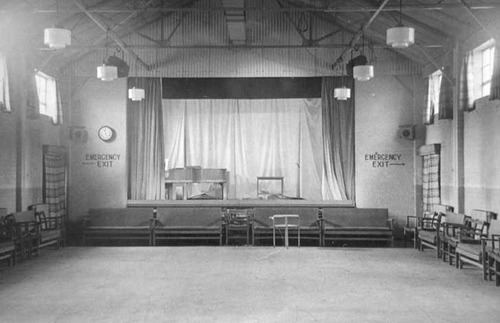 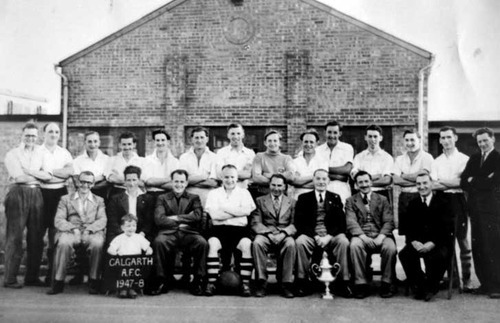 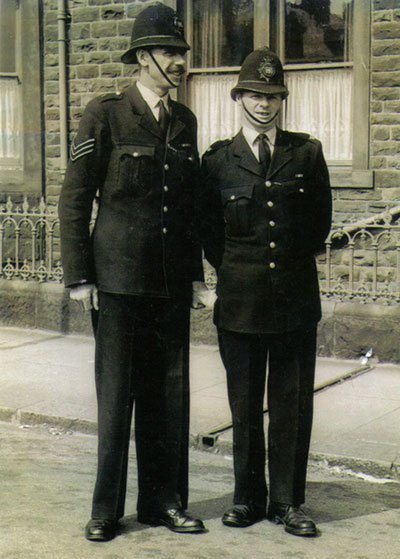 Tom Bell on the left, became the second Calgarth Policeman in 1947, after PCMakepeace – courtesy of Angela Wheelwright 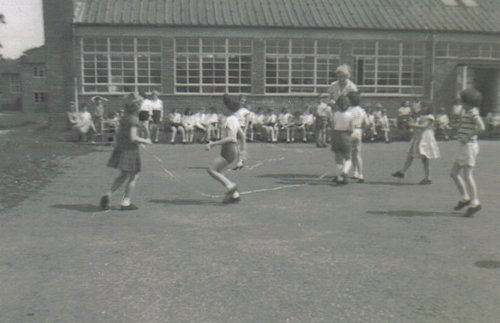 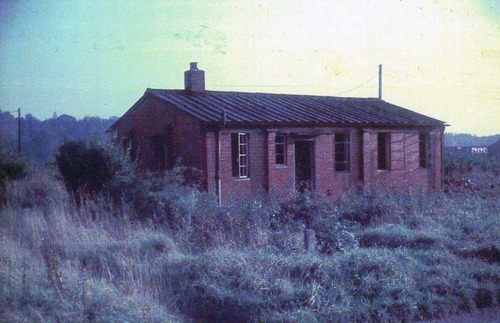 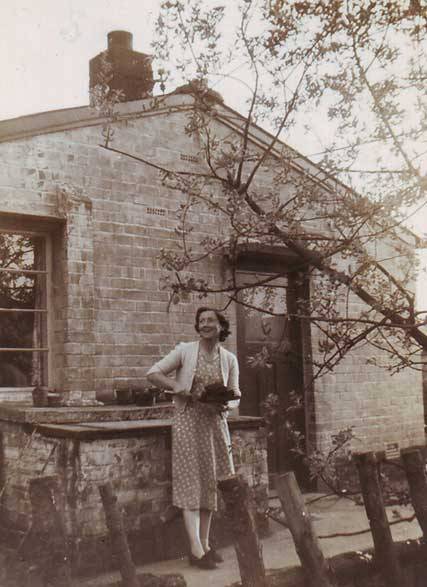 Mrs Galloway at the back door – courtesy of Ian Galloway 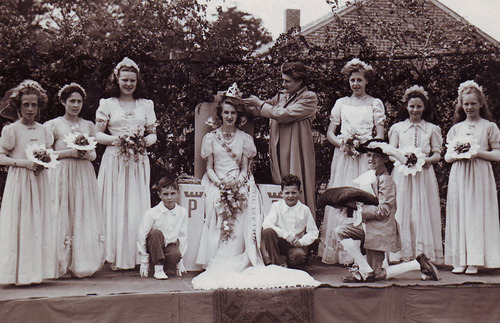 Mrs Dixon crowning the first May Queen, Pat Bland in 1949. To the right of the Queen is Frank Hicks and kneeling down is his brother James – courtesy of Pat Edwards 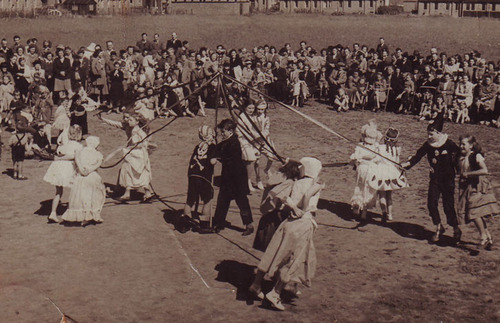 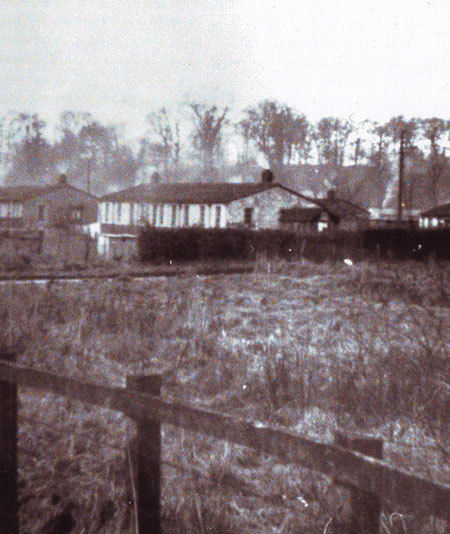 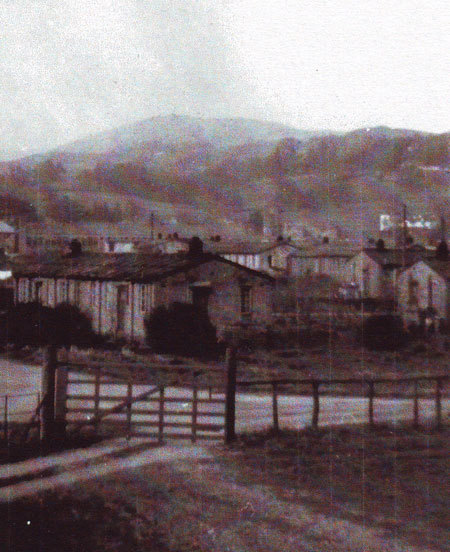 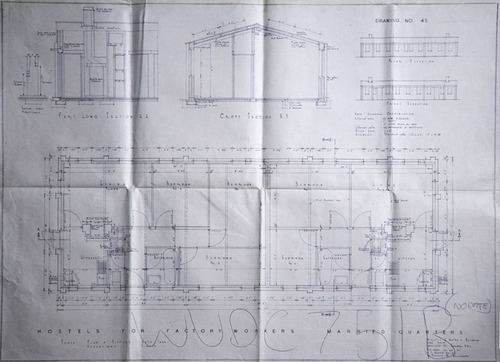 The architect’s plan of the semi-detached bungalows, 1941 – courtesy of the County Records Office, Kendal and Cruickshank and Seward, Manchester.  Photograph by Tony Riley 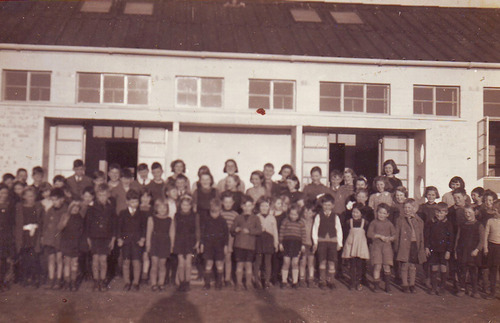 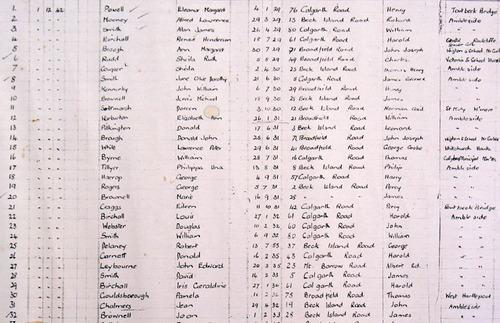 A page of the register on the first day of Calgarth Primary School, 1942 – courtesy of Pat Bottomley