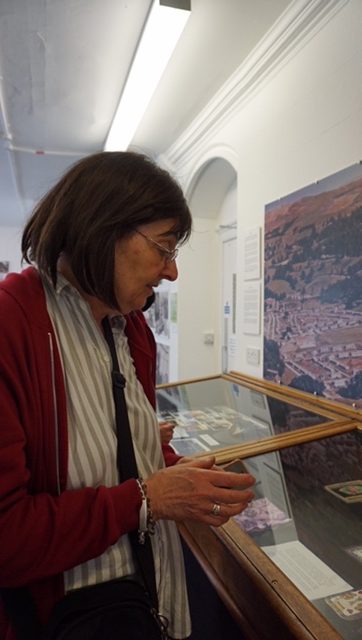 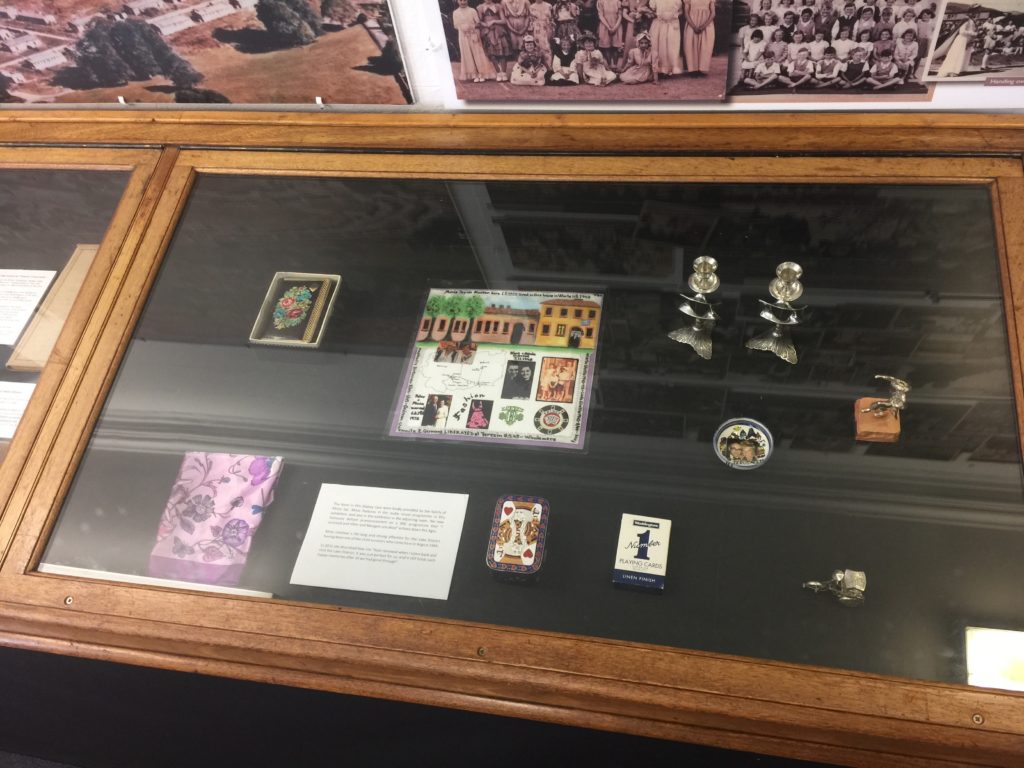 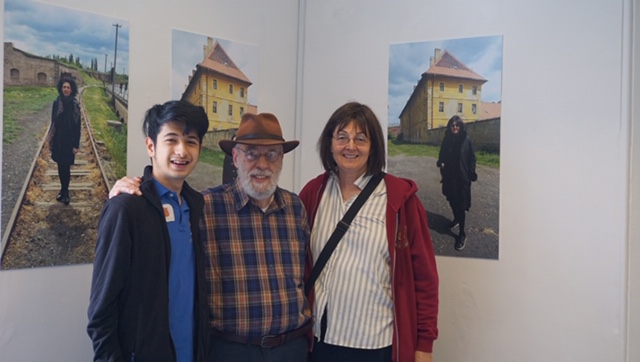 Denise with her husband, Eli and Minia’s great grandson, Josh. 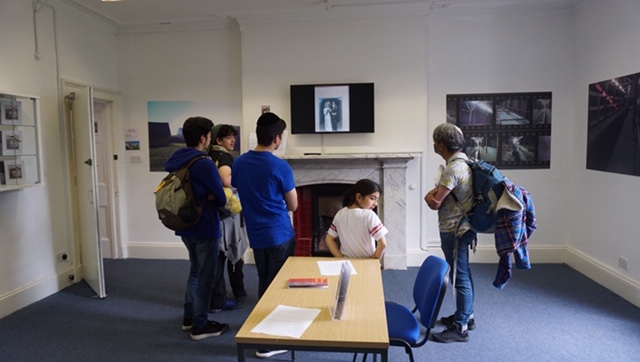 Minia’s granddaughter at the installation with her family 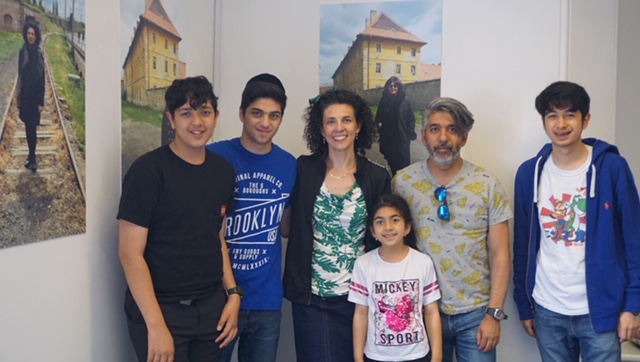 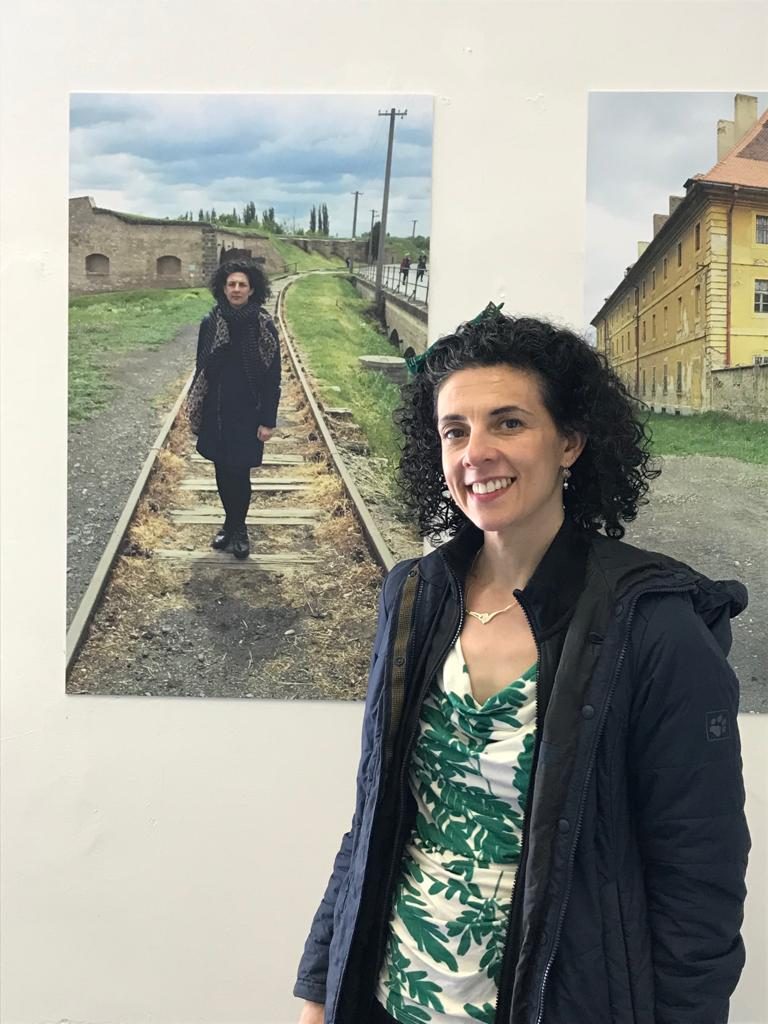 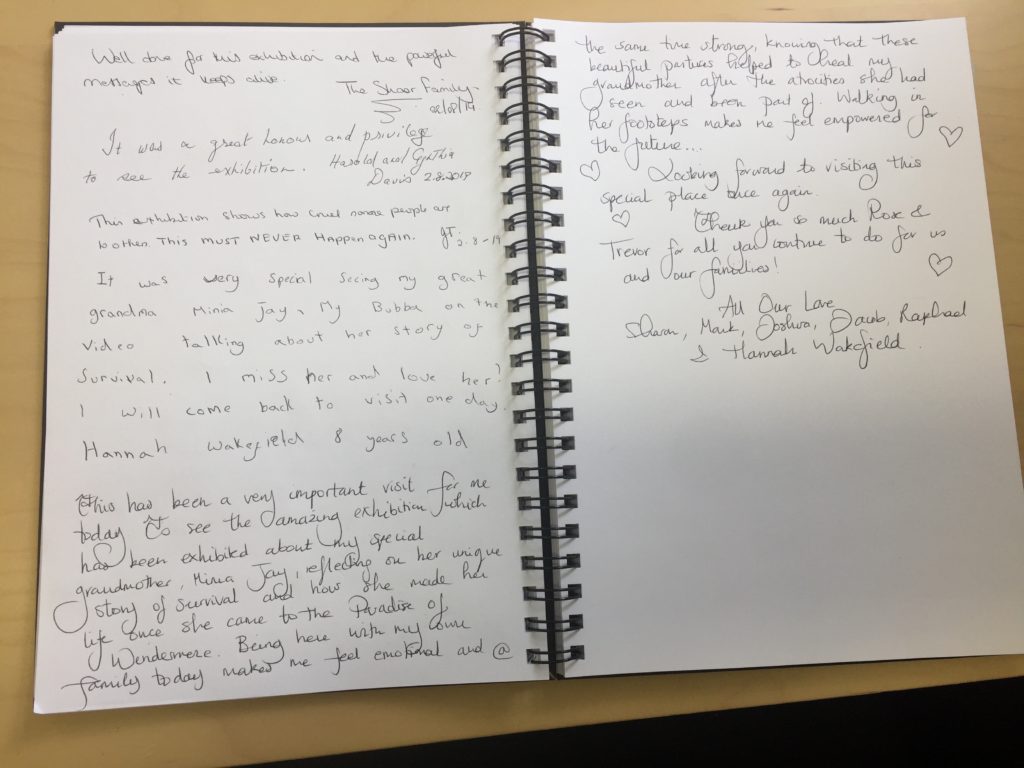 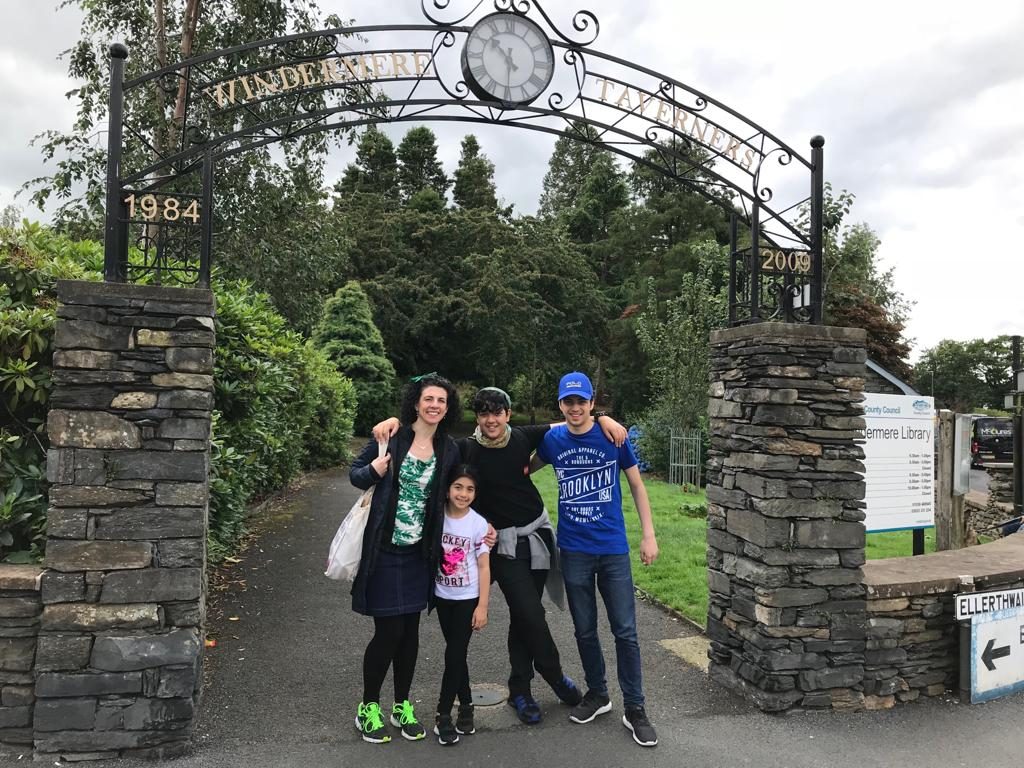 “Lakes School at Troutbeck Bridge and Denise wanted to walk the walk that I had made with her mother nearly ten years before. We started at the entrance to Lakes School and followed the footsteps I had taken with Minia, and I recalled the conversation. I even forgot that it was being filmed. Denise had also said that she could not quite believe that she had been standing on tiles that her mother probably stood on all that time ago. We had uncovered some during an archaeology dig on the site and Eli just had to be the one to uncover our prize find (a young person’s bone handled pen knife)”. Trevor Avery 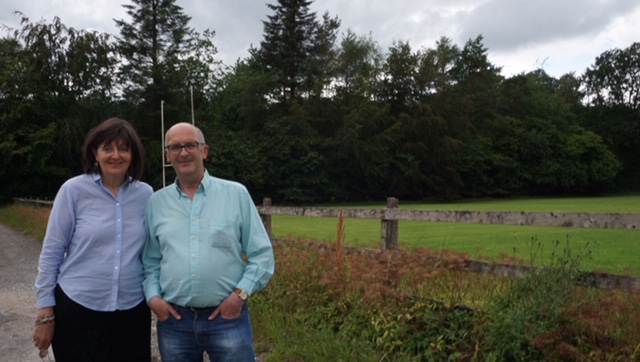 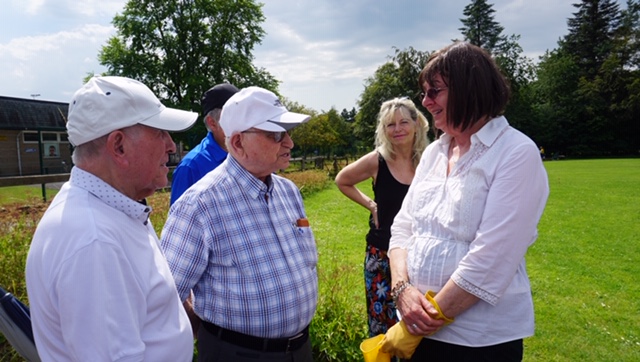 Two Survivors with two second generation at Calgarth near Windermere. 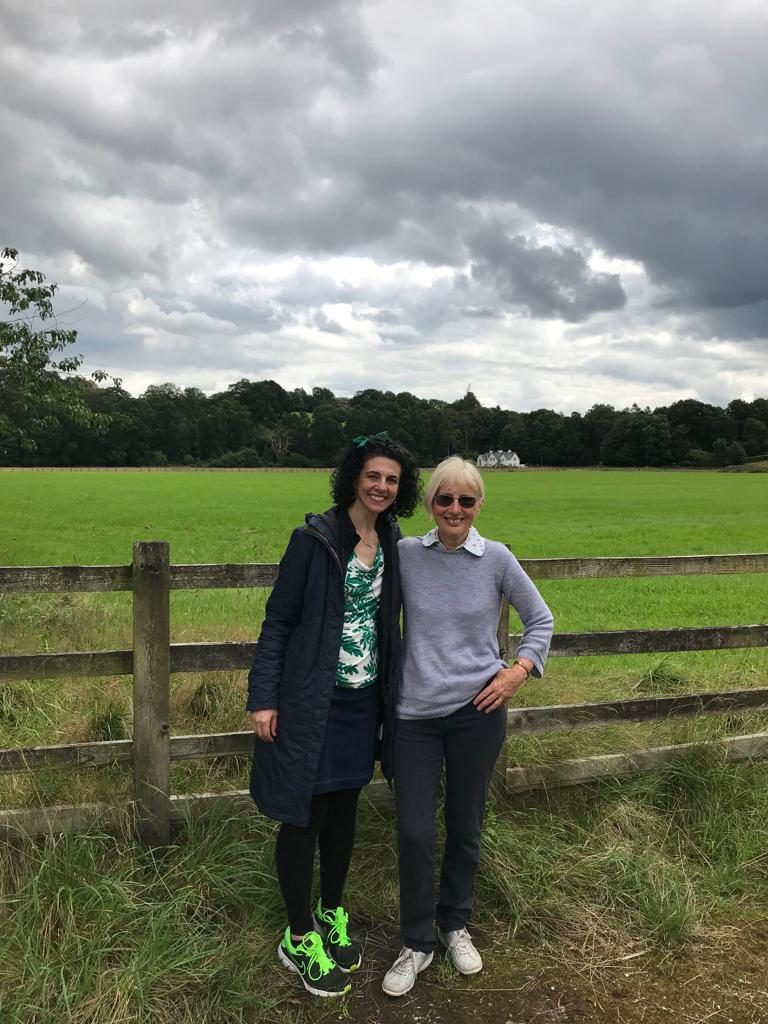 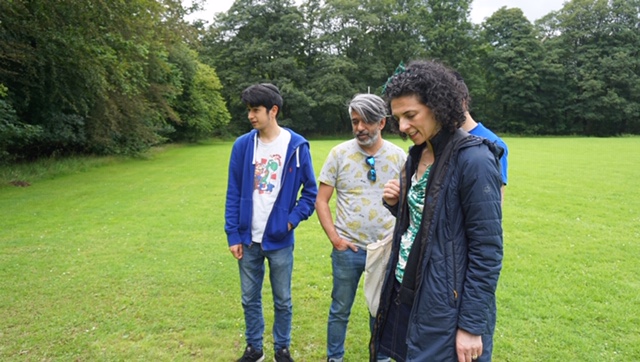