“Berlin to Ravensbruck – but first you pass Sachsenhausen camp travelling north from Berlin, or so it says in the travelogue books. Not so much is made, in the same books, of travelling to Ravensbruck women’s camp but it is another couple of stops along the line from Oranienburg/Sachsenhausen on a train ride from Gesundbrunnen station in Berlin. The train passes through Oranienburg where one of the first concentration camps was set up by the Nazi regime in 1933. Oranienburg camp itself was closed in 1936 when the notorious Sachsenhausen camp opened. Ravensbruck was established on the orders of Himmler in 1939 and is located a little further on, and the train station destination was Furstenberg. What a surprise that was! Located in what a Rough Guide described as “Lake District of Germany” the little town stood on the shores of a lake. The whole experience felt like a visit to Windermere and Bowness (kind of). Apparently, when the women arrived on the train for the camp they would walk through Furstenberg  and the whole town would be able to see them. I imagined Mala arriving as a young teenaged girl from Poland and I just tried to think how it must have been for her, to be honest. Think, but thinking clearly is hard sometimes when you are overwhelmed by the senses.

Ravensbruck stands on the edge of the lake and I was captivated by the camping and caravan park nearby, the pleasure cruisers criss-crossing the lake, and the boats coming to just off shore of Ravensbruck to show the passengers the site of a concentration camp (for goodness sake). From where I stood on shore I could just about hear a guide talking on board, but not much more. I wonder if the guide told them roughly 40,000 perished here? And about the late war arrival of gas chambers? Maybe did, maybe didn’t, who knows. Unsettling how close to a town, and a spa town at that, Ravensbruck stood. I should not be surprised, but I am. Constantly. And as I sit on the pavement of my hotel in Berlin I finally look differently at the street sign nearby – Oranienburgerstrasse – and I take more notice of the mighty synagogue nearby, recently restored after seventy years.” Trevor Avery 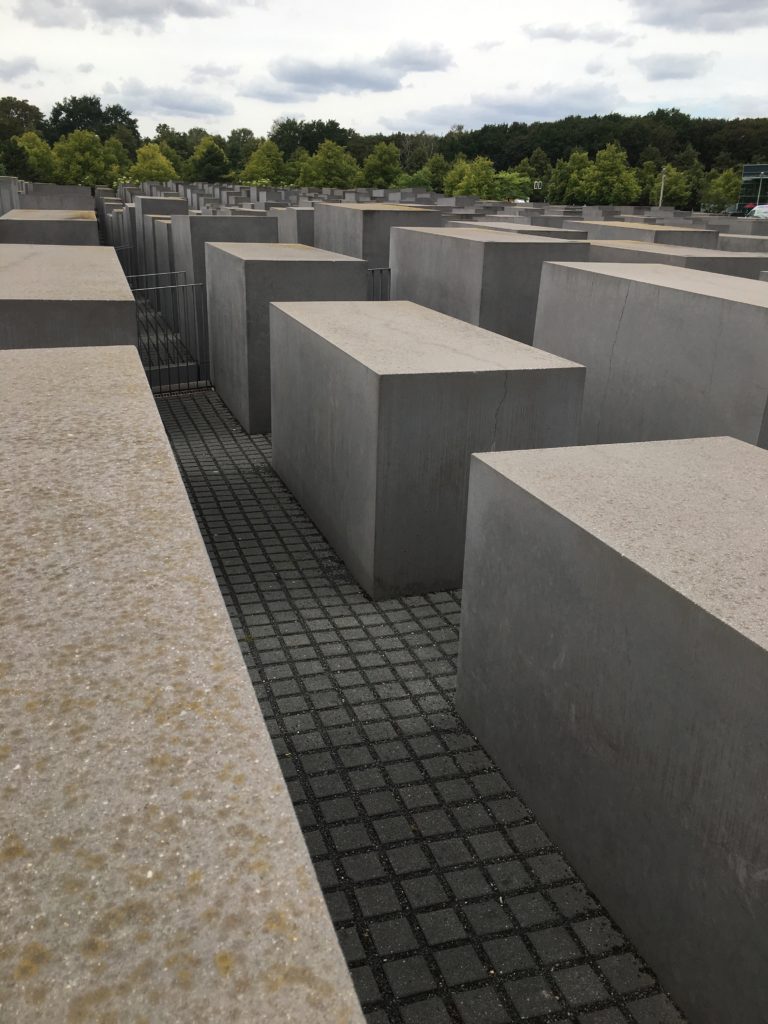