“In Prague, and I spent last night (this was evening before the photographic reconstruction of the Boys photo taken at the same spot in Prague where they stood just before heading to the Lake District in ’45), eating a meal with Rose. We had been invited to eat with Ike (Alterman) and his family. I asked Ike if he remembered the original photo being taken and he said “like yesterday”. Today is the day, though. Early morning in front of the Jan Hus Memorial in the Old Town Square and the survivors are here with their families, and families are here from around the world to represent their kinfolk who stood here so many years ago. Next stop, freedom (or similar). Despite trying not to be in the photo (who was I to be in this?) the families were insistent that I stood amongst them. I cannot tell you how indescribable it is when they began to sing together. Softly, gently, and a song for the Ages. Denise is here with Eli, with Sharon, and they stand where Minia had stood. Mala also here with her son Geoffrey (and her brother Ben is here with Arza, and their families too). Later today, Theresienstadt, where the liberation story begins. What a day, what a moment. Is time travel possible? I think it just happened to me”. 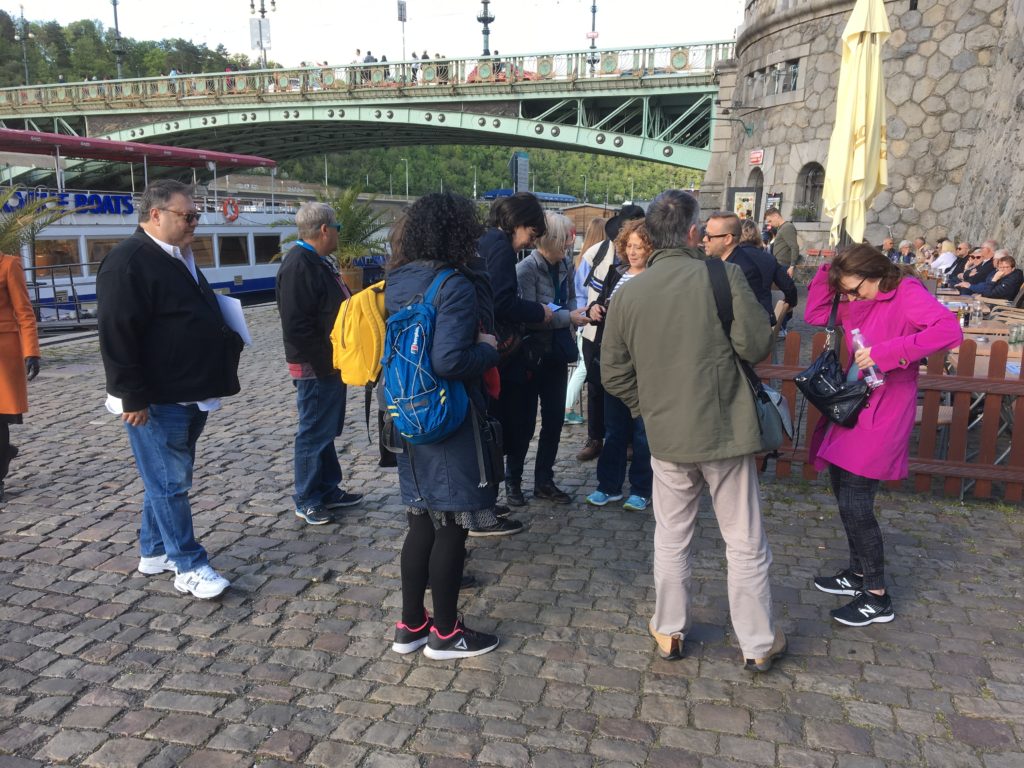 Relatives of the survivors gathered from around ther world for a historic recreation of a famous photograph taken in August 1945. May 2019 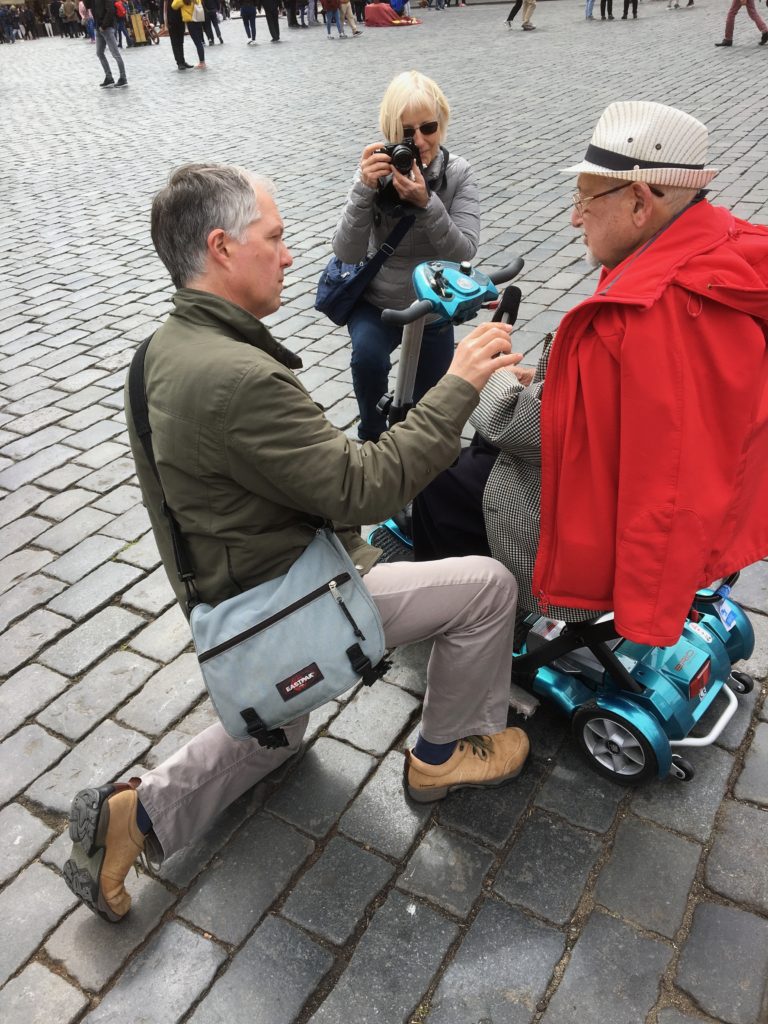 Sam Friedman, one of the original children photographed at this location over seventy years ago, being interviewed by John Bowness of BBC Radio Cumbria, and photographed by Rose Smith of LDHP. 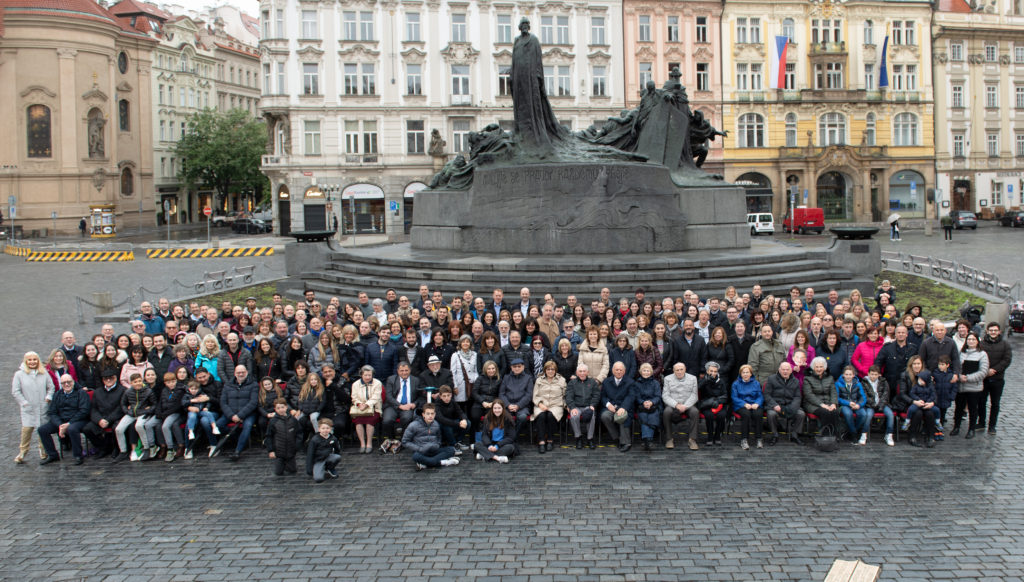 45 aid Society group photo of relatives of the original children at Jan Hus Memorial, Old Town Sq, Prague, recreating a photo taken in 1945 of The Boys who were later airlifted to the Lake District UK. Some of the Boys themselves can be seen sitting down in the middle of the front row. 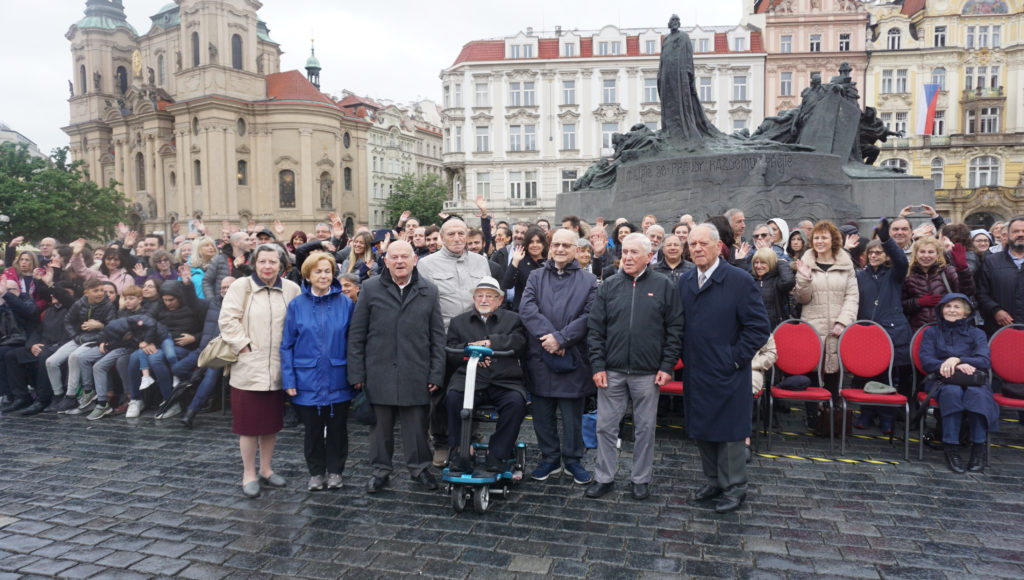 A group of the original Boys and Girls in front of the memorial, at the very place they stood over seventy years ago in August 1945. 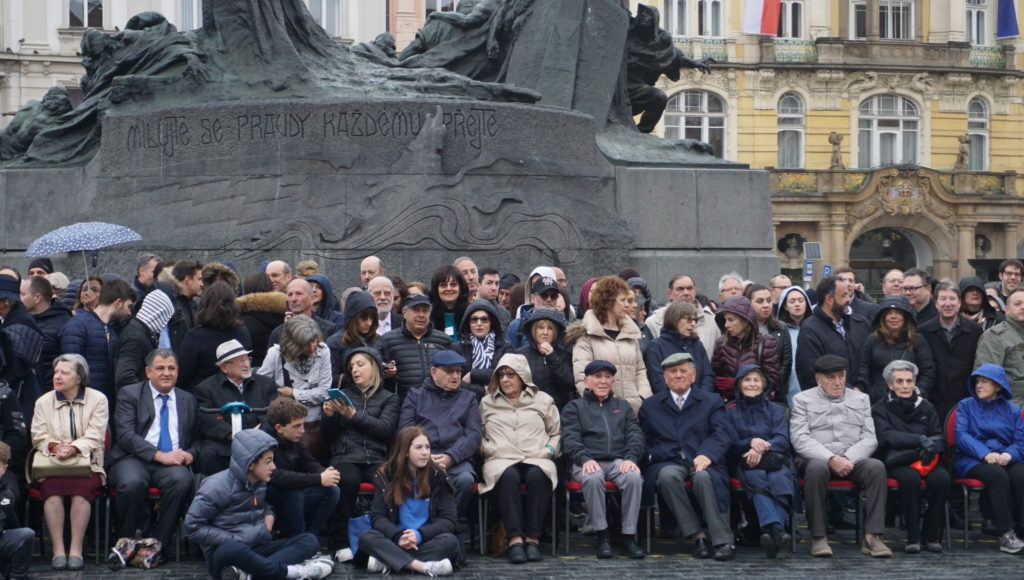 The original survivors and their families waiting for the photograph to be taken. 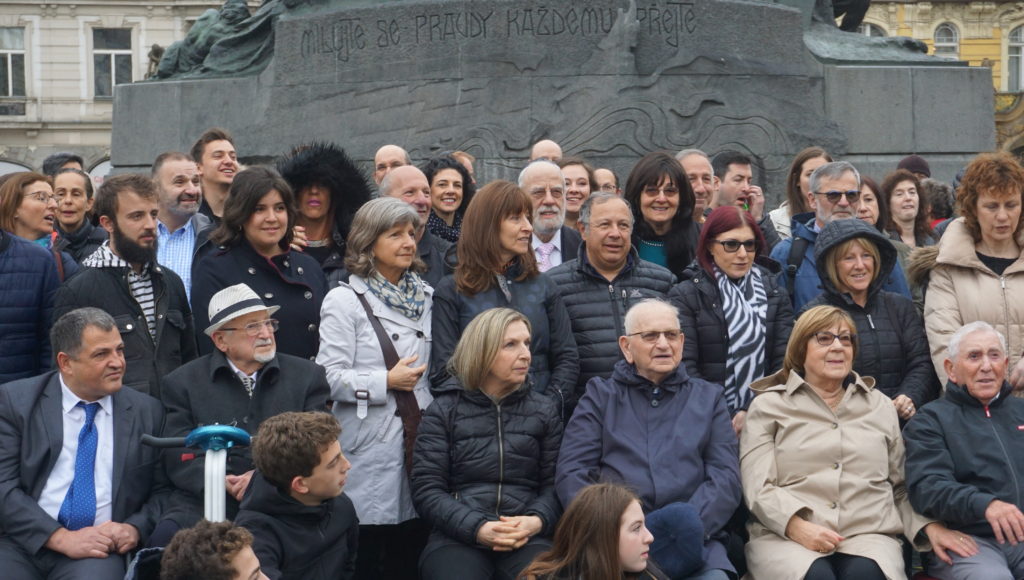 The original surviovrs and their families waiting for the recreated photograph to be taken.

“Theresienstadt is a very strange place and not one to be enjoyed. People live there now but it is both lived in, and not. The empty ghetto buildings are everywhere.  As we walk around I can see that one of the survivors is feeling it and I see why Ike did not come. Yes, they were liberated here but liberated from what? I shiver. At one moment a “white van” roars past with a type leaning out the window shouting out something in what I presume to be Czech obscenities. No-one blinks. I am perplexed by the silence of those I am with. Then I remember why we are here. And why I do what I do. I see the hospital where Minia was passed “Fit for Travel” by a Medical Officer who passed many of them “Fit for Travel” even though they did not pass the official requirements. The MO was a good man, a good man. Another of Minia’s life moments. She travelled to the UK with TB, not a person but a serious illness”. 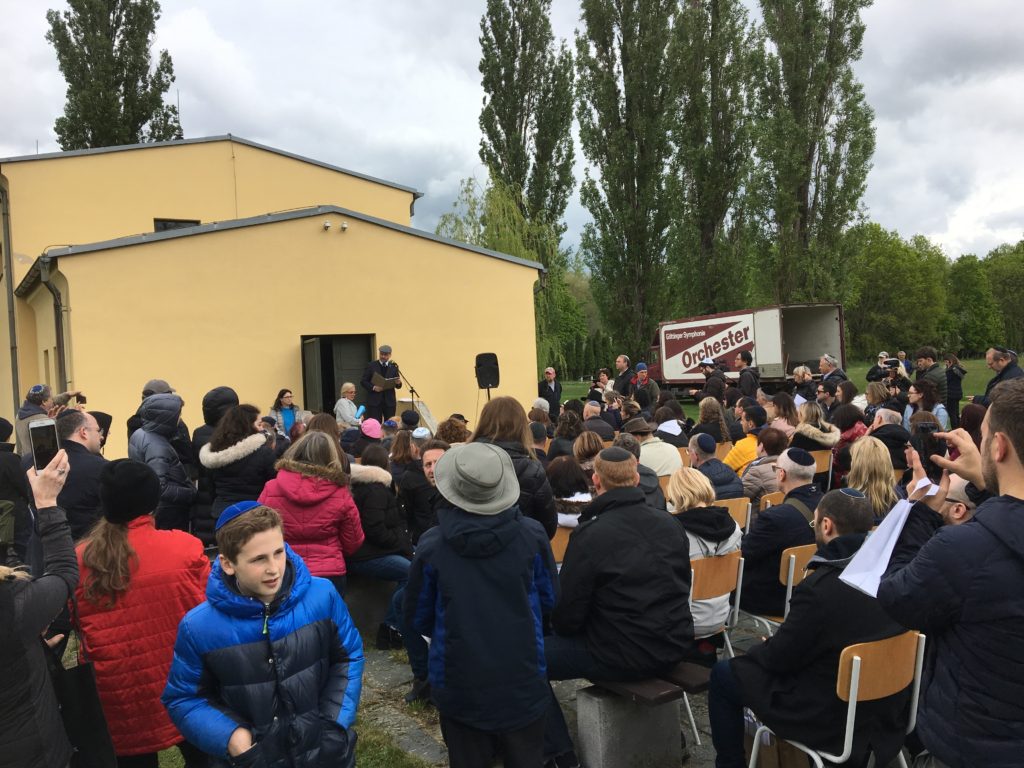 The survivors and families await the commemorative service at Theresienstadt ghetto, the location wher the Boys and Girls were liberated in May 1945. 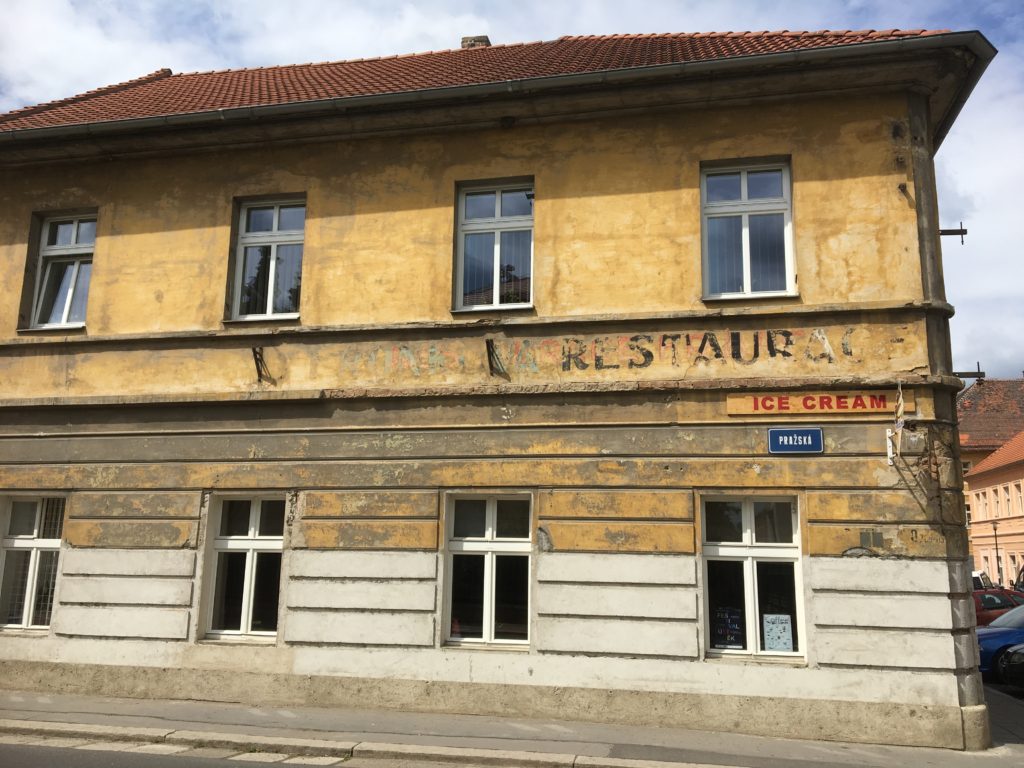 Building of the Theresienstadt ghetto. 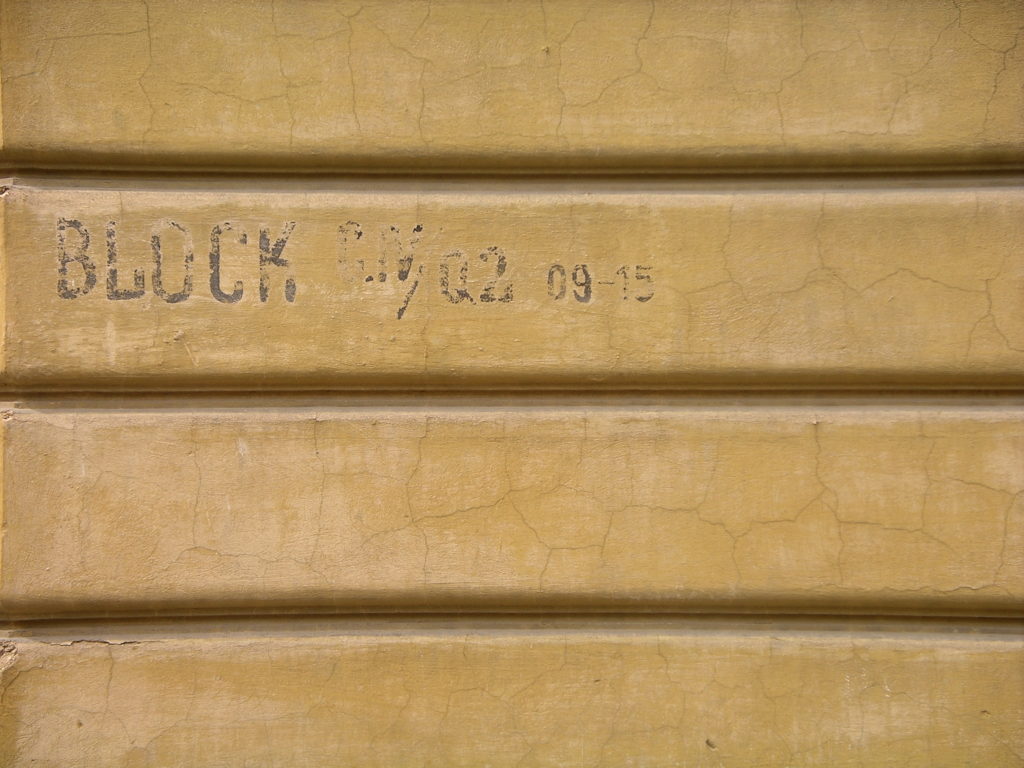 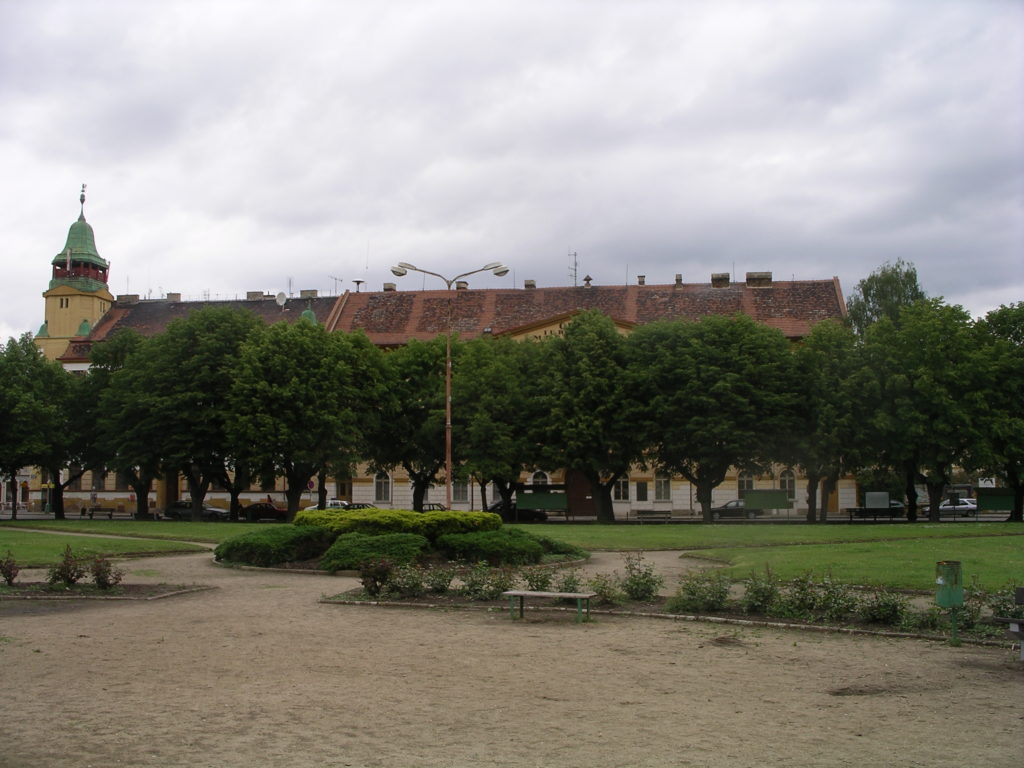 The former main square of the Theresienstadt ghetto. 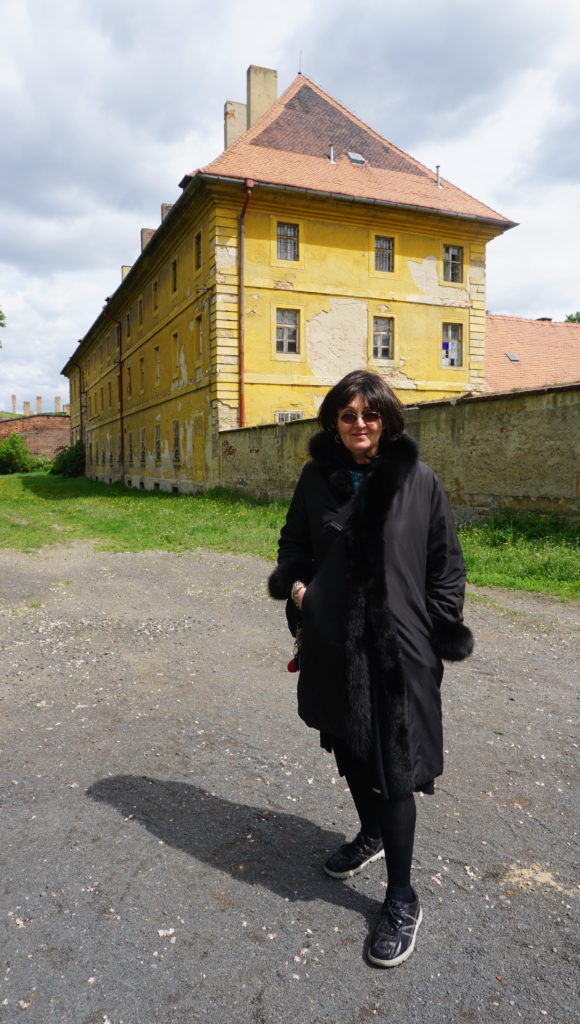 Minia Jay’s daughter Denise outside the hospital where Minia stayed in 1945. 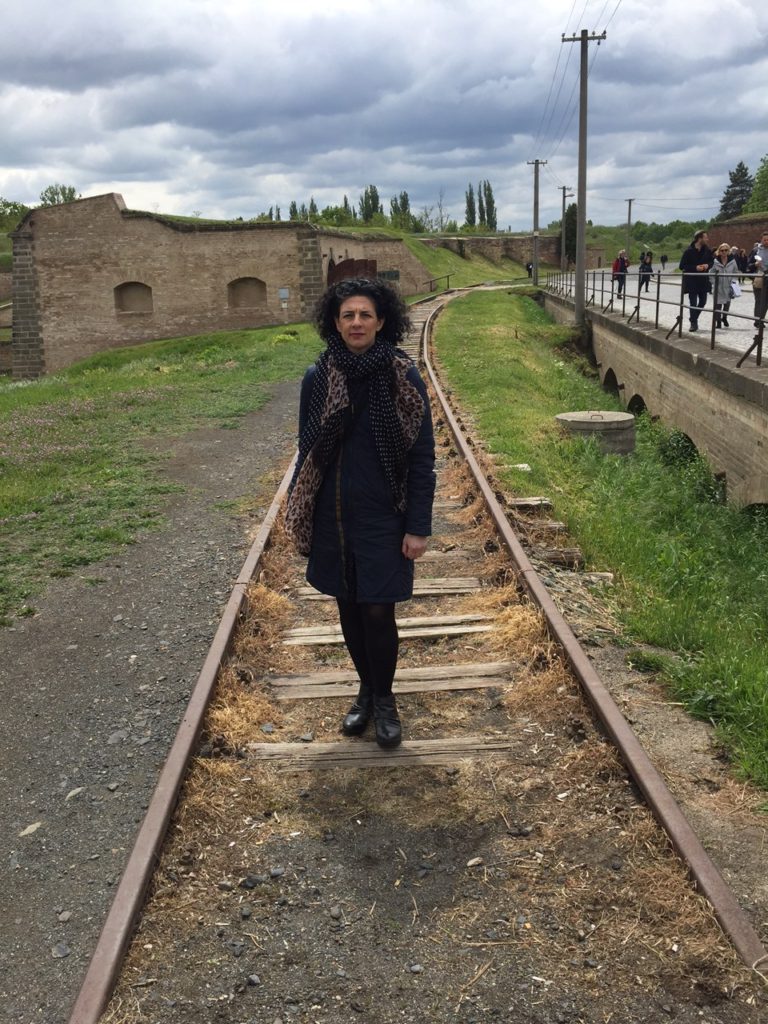 Minia’s granddaughter Sharon on the railway line at Theresienstadt, along which so many ghetto captives travelled when they arrived at the ghetto. Many also departed to Auschwitz during its time in operation.