Above and Below the Holocaust Landscape

A series of exhibitions by leading contemporary artists were commissioned and organised to coincide with ideas and artefacts linked to an archaeological survey and dig of the “lost” village of Calgarth Estate that took place in the summer of 2019.

Due to popular demand, the first of these by Richard Kolker ‘The Landscape of Auschwitz‘ has been extended until late April.  Last week Richard White & Lorna Brunstein, whose participatory slow walk in spring and installation in late summer, visited LDHP to discuss details. They also visited the Lakes School at Troutbeck Bridge to see the ‘Auschwitz tree’ planted by Sir Ben Helfgott in 2015 and to look at the site of the former Calgarth Estate. 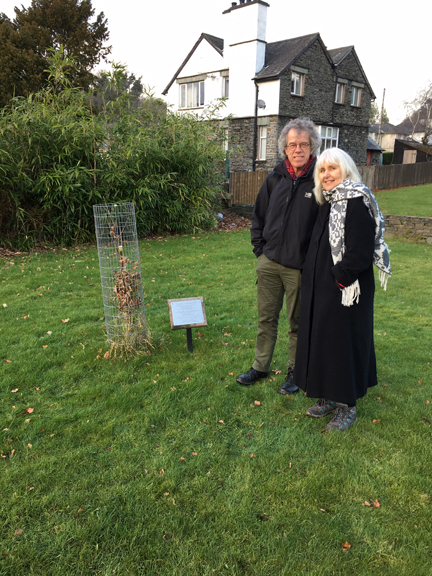 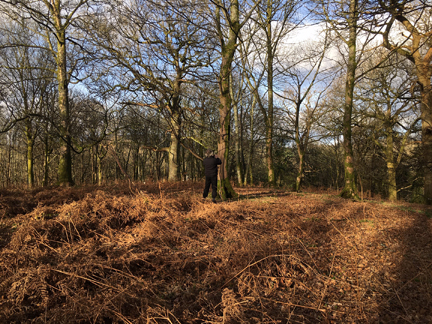 Richard in the wood where the survivors used to have picnics.

A memorable day for the LDHP.  Peter Thornton, Deputy Leader from Cumbria County Council announced, to a packed audience including Councillors and invited guests at LDHP, that the Council had agreed to provide a long lease on Ellerthwaite House, (the Windermere Library Building). This will enable LDHP to ensure that there is a permanent base in Windermere. 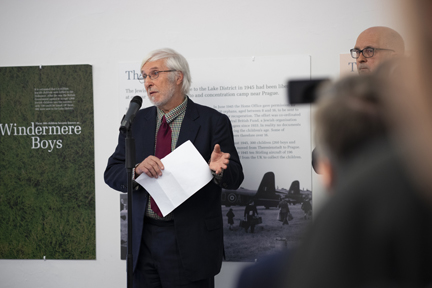 We were delighted too that David Shannon agreed to talk about his uncle and aunt, Moniek and Cesia Szajnzicht who had both stayed in Windermere in 1945 and now live in Canada. David and his wife, Fiona, are always very supportive and it was fascinating to hear Moniek and Cesia’s memories. 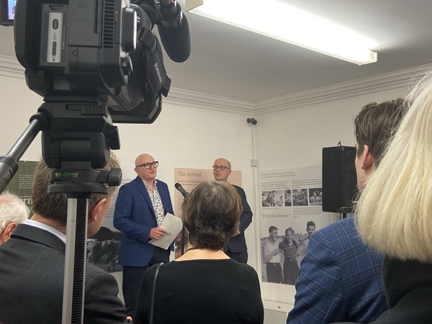 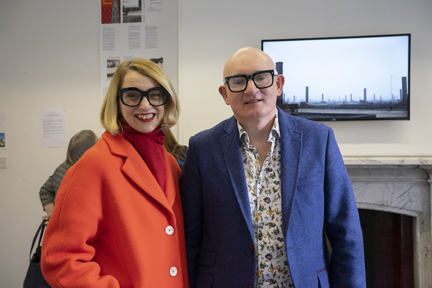 In the afternoon LDHP visited Elleray School in Windermere where Head Teacher Julie King had arranged for two older students to speak about what the Holocaust meant to them. 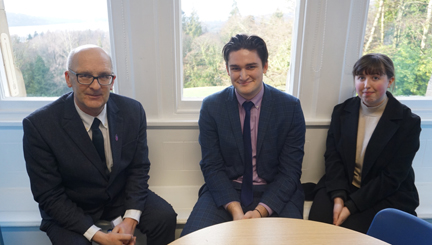 Arek Hersh MBE was interviewed  for BBC One, The One Show, by Jayne McCubbin at the Low Wood Hotel and later at the former site of Calgarth Estate. 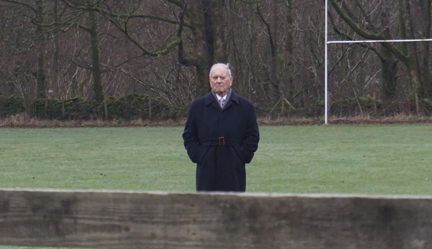 The same day, Trevor spoke to Sarah Collins for Smooth Radio about the drama and documentary The Windermere Children.