As part of the battle against Covid-19, Cumbria County Council closed all libraries from the 20th March. The permanent exhibition ‘From Auschwitz to Ambleside’ is based on the first floor of Windermere Library in an independent space, managed by LDHP. For obvious reasons the closure of Windermere Library had a dramatic impact on LDHP and on the availability of the exhibition to be visited. This was particularily disappointing in light of the extraordinary publicity and interest generated by the drama ‘The Windermere Children’ and the documentary ‘The Windermere Children – In Their Own Words’ that were broadcast in the UK and Germany in early 2020. Subsequently they were also broadcast across the USA, Israel and internationally. As LDHP was the major source for research material for these projects, and the director Trevor Avery made a personal appearance in the documentary, it was inevitable that a dramatic increase in visitors was to be expected to LDHP, the home of ‘The Windermere Children’, throughout the whole of 2020. Certainly the indications of a dramatic increase in visitors we witnessed in February and early March bore this out. This made the closure particularily hard to bear, especially in this, the 75th anniversary year of the children arriving in the Lake District and the beginning of new lives after horrific suffering.

Both the library and LDHP are currently, and actively, working hard to create a solution to the challenges we face in re-opening the library, and the exhibition, to the general public. We know that there are many of you who would like to visit the exhibition and learn more about the background to ‘The Windermere Children’ and we are exploring all avenues of social media and other online outlets to make sure that we can reach out and continue to educate and commemorate this remarkable story.

A new Facebook page, dedicated to the work of the Lake District Holocaust Project is now live, and can be found here: https://www.facebook.com/LDHPUK.

Please continue to visit this website for updates on the position of the library and exhibition reopening. 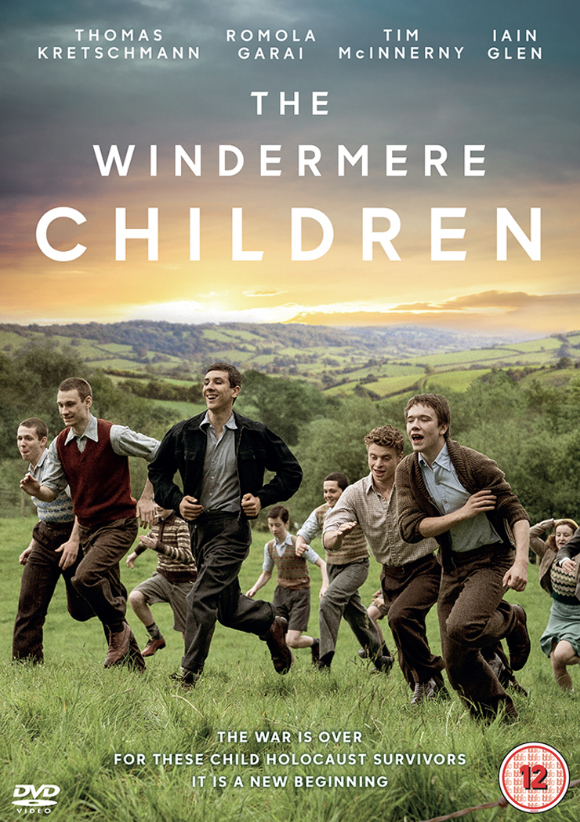 Film/drama produced by Wall to Wall, Warner Brothers & ZDF : © Wall to Wall. A Dvd will be available for sale shortly

Trevor Avery & Rose Smith of the Lake District Holocaust Project, were advisors on the feature length film/drama ‘The Windermere Children’, broadcast in 2020 by the BBC, Wall to Wall, Warner Brothers and ZDF (Germany). The drama was accompanied by the documentary ‘The Windermere  Children – In Their Own Words.’

Lake District Holocaust Project was the primary source of information for the drama and documentary.

First shown simultaneously on BBC and ZDF for Holocaust Memorial Day 2020, the drama and documentary were subsequently broadcast across the US on PBS and in Israel for Yom Hashoah.

This website the tells the story of those 300 Jewish child Holocaust Survivors who are closely connected to the Lake District in Cumbria, UK.  They stayed on the ‘lost’ wartime village of Calgarth Estate from 1945 to 1946, an estate that was once located at Troutbeck Bridge near Windermere. Contrary to the impression many viewers gained from watching the highly acclaimed drama and documentary, the estate where the children stayed was still populated by workers and families from the nearby flying boat factory. The establishment of the factory during World War Two was the reason for Calgarth Estate.

This Calgarth community played a significant role in the welcome that the children received on arrival in the UK. As one of them said about the people of Calgarth Estate in August 1945:

“These are good people and this is a good country”.

This was a response that should inspire all the people of Britain: the common decency and humanity displayed by ordinary British men, women and children to young Jewish child Holocaust survivors played such a key role in the early stages of the recovery of such highly traumatised young people. 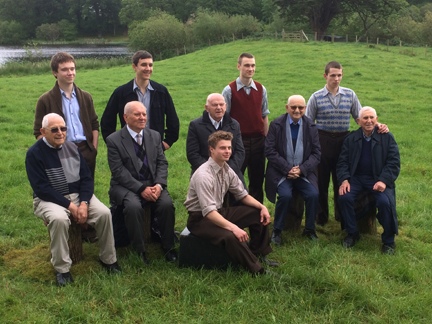 Some of the child actors together with the Survivors they played –  Harry Olmer, Arek Hersh MBE, Sir Ben Helfgott, Sam Laskier and Ike Alterman. © LDHP

‘We Came from Hell to Paradise’ 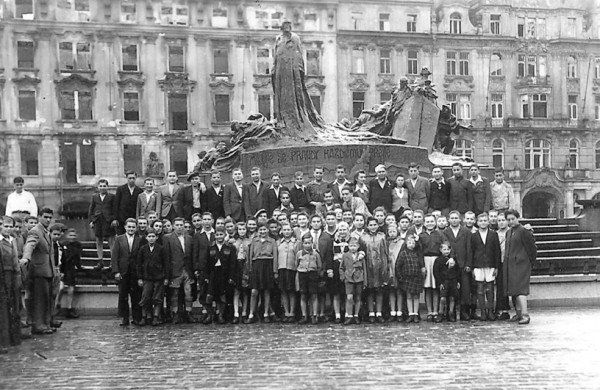 “We flew to the Lake District where my grandfather convalesced in Windermere with a bunch of other Jewish children. It is the most amazing story about what British communities can do for foreign refugees and the gift they gave.”
Robert Rinder, Who Do You Think You Are, BBC1, August 2018.

” It was heavenly to arrive in that most beautiful part of England, Windermere in the Lake District in the summer of 1945.  The local inhabitants were warm and kind; we shall remember them all with great affection……This is indeed a very magnificent project and on behalf of all the survivors and myself, we wish you every success”.
Mayer Hersh, Holocaust Survivor.

“This is a really exciting, innovative and deeply significant project.  It connects the horrors of the Holocaust with the pastoral beautify of the Lake District through the experiences of the three hundred children who were brought to Windermere after the war to recuperate.”
Professor Tony Kushner, Parkes Institute for the study of Jewish/non-Jewish relations and History Department, University of Southampton.

“Your work reminding us of the horrendous cruelty man can inflict upon his fellow man is really important and especially so in such a beautiful place as the Lake District. Amidst the serenity and natural beauty of the District, one could easily ignore what went on, and still goes on, in other parts of the world”.
Rt Hon Lord Clark of Windermere PC.